Priyanka Chopra penned a lengthy statement in which she called out the comedian Rosie O’Donnell for referring to her as "something Chopra" and "the Chopra wife." 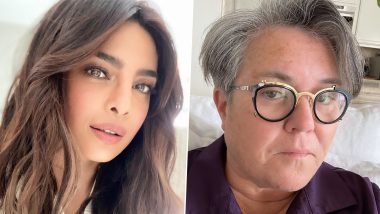 Washington, February 24: After comedian Rosie O'Donnell issued a public apology to Priyanka Chopra for falsely identifying her as the daughter of renowned author Deepak Chopra, the 'Mary Kom' star expressed her views on the same. Taking to Instagram, Priyanka penned a lengthy statement in which she called out the comedian for referring to her as "something Chopra" and "the Chopra wife." Rosie O'Donnell Apologises to Priyanka Chopra After Mistaking Author Deepak Chopra as Her Father.

"I have never taken myself so seriously to think everyone would know who I am, or my work for that matter. But if you wanted to make a public apology for a very awkward private encounter, I think probably best to take the time to google my name before doing it or even try to reach out directly," she wrote. She added, "We ALL deserve to be respected for our unique individuality and not to be referred to as 'someone' or 'wife' especially in a sincere apology.If we can learn to respect our differences in an authentic was, the world we raise our children in will be amazing." 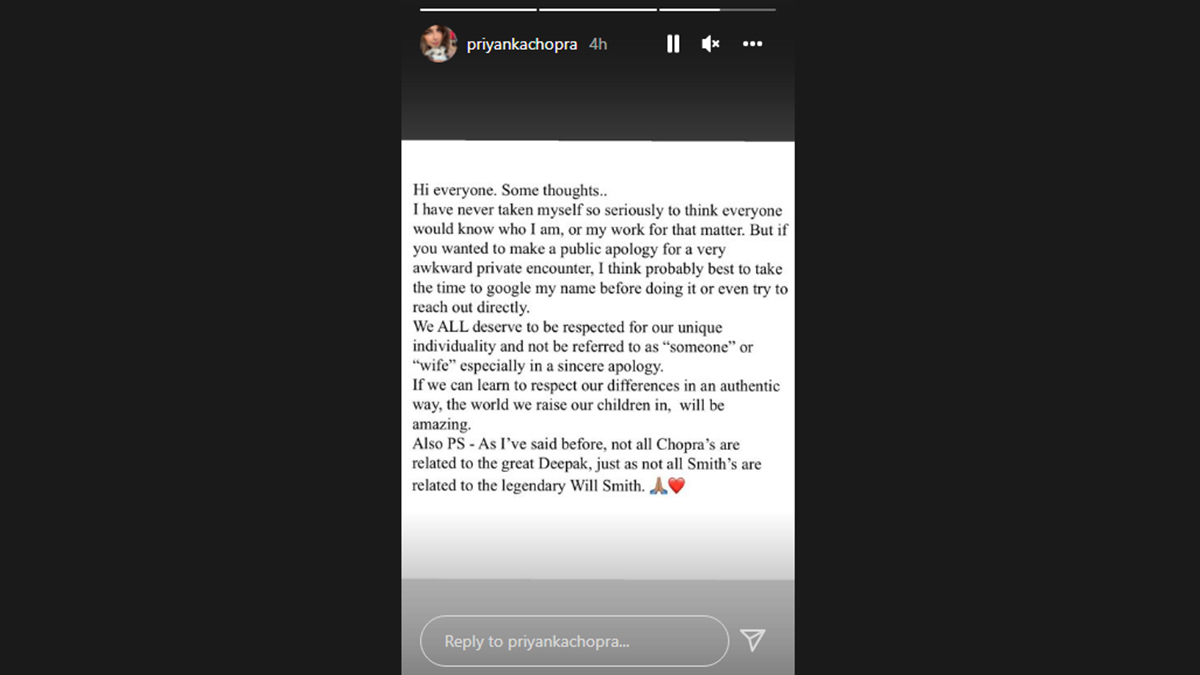 For the unversed, a few days ago, Rosie took to Instagram and TikTok to share two videos in which she revealed what happened when she ran into Priyanka and her husband Nick Jonas. In the first video, Rosie said that she and her son and his girlfriend spotted Nick and Priyanka out on a date. "Seated next to us was Nick Jonas and his wife 'someone' Chopra, which I always assumed was Deepak Chopra's daughter," she said in the video.

While talking to Priyanka, she said she knew her dad. "She was like, 'You do? Who's my dad?' I'm like 'Deepak'. She was like 'No. And Chopra is a common name'. I felt so embarrassed," Rosie said in the video and asked if she was the only one who always thought Priyanka was Deepak's daughter. Rosie's apology clearly did not go down well with Priyanka.

Priyanka and Nick got married in December 2018 after dating for a while.