Actor and former Bigg Boss contestant Shehnaaz Gill looks set to make her grand debut in Bollywood with Salman Khan's Kabhi Eid Kabhi Diwali. However, as reports suggest, Shehnaaz might have been offered an incredible fee by Salman. 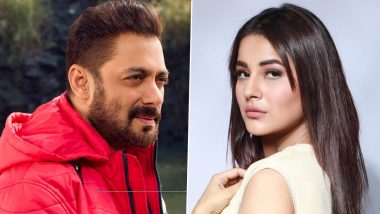 Salman, reportedly, allowed Shehnaaz to choose a fee of her will. It is believed due to his fondness towards Shehnaaz, he approached her to be a part of the movie and even allowed her to charge any amount she wants. Shehnaaz's innocence had always appealed Salman during her Bigg Boss days, and the way she dealt with her boyfriend Sidharth Shukla's death had really touched everyone's heart.

Shehnaaz is supposed to be paired opposite Aayush Sharma in the Salman Khan-led movie, where she portrays the role of an innocent and vulnerable girl-next-door.

Kabhi Eid Kabhi Diwali will have Pooja Hegde as the female lead, alongside Aayush Sharma and Zaheer Iqbal, who allegedly play Salman Khan's brothers. It is also speculated that Raghav Juyal had joined the cast of the movie.

Shehnaaz having recently appeared in the Punjabi film, Honsla Rakh opposite Diljit Dosanjh, is set to make her Bollywood debut with Kabhi Eid Kabhi Diwali, releasing on December 30, 2022.