Korean star Lee Jung-jae, who recently won an Emmy for the hit series Squid Game", has tested positive for the novel coronavirus. 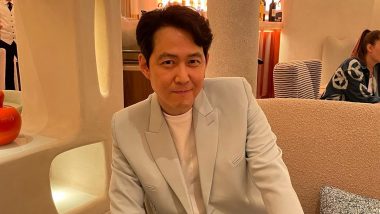 Korean star Lee Jung-jae, who recently won an Emmy for the hit series Squid Game, has tested positive for the novel coronavirus. Lee's agency Artist Company announced on Monday night that the actor had tested COVID-19 positive after undergoing a routine PCR test upon his return to native South Korea from the US where he attended the Primetime Emmy Awards ceremony on September 13. Jihyo, TWICE’s Leader, Tests Positive for COVID-19.

"In accordance with disease control protocol, actor Lee Jung Jae underwent PCR testing after he returned to Korea on September 18, and his test results came back positive," the agency said in a statement as quoted by entertainment outlet Soompi.

Lee's friend, business partner and "Hunt" co-star Jung Woo-sung and his Squid Game colleagues Park Hae-soo and Jung Ho-yeon, who took the same flight with him back to South Korea, have all tested negative for COVID-19. The actor is self-isolating in accordance with the guidelines of government health authorities and has currently halted all of his scheduled activities.

"Our agency will adhere strictly to health authorities' guidelines and do our utmost to help our actor focus entirely on his recovery, while considering his health our top priority," the statement continued. Seventeen’s Hoshi and Joshua Test COVID Positive, Members To Be Absent From Washington DC and Atlanta Stops of Be the Sun World Tour.