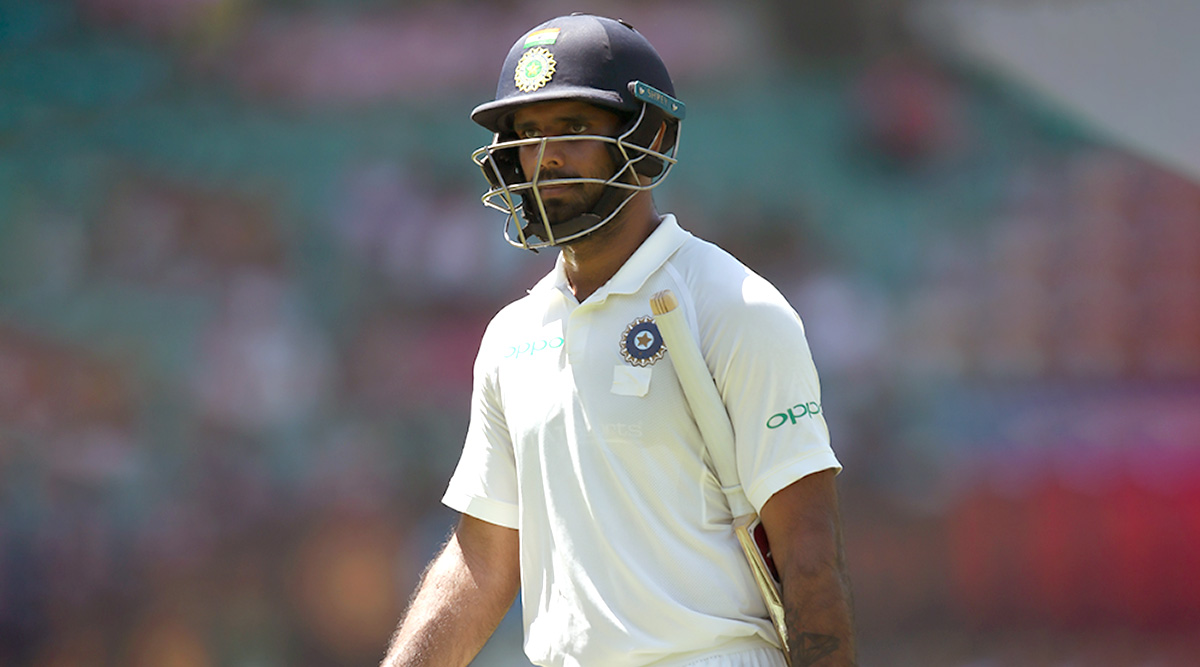 Hamilton, February 14: Hanuma Vihari's gutsy hundred and the seasoned Cheteshwar Pujara's 92 were the bright spots in an otherwise dreadful batting performance by India on the first day of their warm-up game against New Zealand XI here.

All the three designated openers -- Mayank Agarwal (1), Prithvi Shaw (0) and Shubman Gill (0) -- failed the seam and bounce test, falling cheaply. With skipper Virat Kohli opting for an intense net session over the warm-up game, India managed only 263 with none apart from Vihari (101 retired) and Pujara able to score even 20 runs on a Seddon Park track that had liberal grass covering.

What would worry the Indian team management was failure of all the three openers. Shaw and Gill were undone by the extra bounce while Agarwal failed to counter to seam movement.

New Zealand pacer Scott Kuggeleijn (3/40) got the ball to rear up awkwardly from length during his first spell and Shaw's dismissal was the ugliest one. Kuggeleijn, who was hitting the deck hard, got one into Shaw's rib-cage leaving the batsman in no position to duck. The eyes were not on the ball with the bat face closed. The awkward hit ballooned up and was taken by Rachin Ravindra at short leg.

Agarwal, who has been in horrible form of late, then edged an away going delivery to keeper Dane Cleaver behind the stumps. Another classic Test match dismissal was Gill, who was given the no.4 slot in absence of skipper Kohli.

The snorter from Kuggeleijn grew big on Gill, who tried defending but the thick edge flew to gully making it 5 for 3 in no time. Ajinkya Rahane (18) was out by the end of the first hour, edging one to the slips, before Vihari and Pujara stemmed the rot and got a 195-run stand.

Once they saw of Kuggeleijn's first spell and the skiddy Blair Tickner, batting became easy in the second and third session. Once the spinners were in operation, Pujara pulled Ish Sodhi over long leg for a six while Vihari also hit three down the ground off left-arm spinner Ravindra.

Pujara was finally out in the final session trying to hook Gibson even as Vihari got to the three-figure mark. India lost the last six wickets for 30 runs but what stuck out like a sore thumb was another shot selection by Rishabh Pant when he tried an ugly hoick off Ish Sodhi's bowling only to be caught by the man at extra cover.

Not getting a single match in the limited-overs series must have dented Pant's confidence as he threw away his wicket when he could have scored a good 35 to 40 runs without any pressure.