Yadvinder Singh Sandhu pleaded guilty early this year, saying he personally assisted around 400 aliens to unlawfully enter the US between 2013 and 2015. 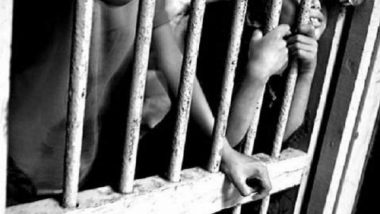 Washington, April 24: A 61-year-old Indian has been jailed in the US for five years for smuggling foreigners, including a majority of Indians, into America, the Department of Justice has said. Yadvinder Singh Sandhu pleaded guilty early this year, saying he personally assisted around 400 aliens to unlawfully enter the US between 2013 and 2015, according to the Department of Justice statement. The human smuggling carried out by him resulted in at least one death and endangered the lives of many, it said.

Sandhu, charged in an indictment returned by a federal grand jury in the District of Puerto Rico on March 15, 2017, used multiple names including Yadvinder Singh Bhamba, Bhupinder Kumar, Rajinder Singh, Robert Howard Scott and Atkins Lawson Howard. According to admissions in Sandhu's plea agreement, since 2013, he had a leadership role in a human smuggling conspiracy operating out of the Dominican Republic, Haiti, Puerto Rico, India and elsewhere. Indian Journalist Smuggling 'Fake Journalists’ in Australia During CWG 2018, Held in Custody for Six More Weeks.

He also oversaw and directed co-conspirators operating out of the Caribbean.

Sandhu and other members of the conspiracy made flight arrangements for foreign nationals to travel from India through other countries including Thailand, the United Arab Emirates, Argentina, Iran, Panama, Venezuela, Belize and Haiti – to the Dominican Republic. The Dominican Republic was used as a staging area, where foreigners were housed before being transported to the US.

The organisation brought groups of foreigners from the Dominican Republic to Puerto Rico or Florida by boat. They were then picked up by co-conspirators and taken to stash houses until flights could be arranged to California, New York, or elsewhere. Sandhu and others arranged for fraudulent identifications for some aliens to use in the US, prosecutors alleged.

The boat trips organised by Sandhu and his co-conspirators to transport foreigners from the Dominican Republic to the US were perilous as old, damaged, cracked, unlicensed, overcrowded and unsafe boats were used to make the journey, they said. In at least one instance, a foreign national died in a boat on his way to the US, the Department of Justice alleged.

At times, the smugglers would take passports from the foreigners during their journeys, physically assault them and threaten their families to collect money.

From at least 2013 to 2016, human smuggling was Sandhu's primary source of income, the federal prosecutors alleged.