Vietnam's 'very dangerous' new COVID-19 hybrid variant may be fuelling its worst outbreak so far as it is replicating quickly. 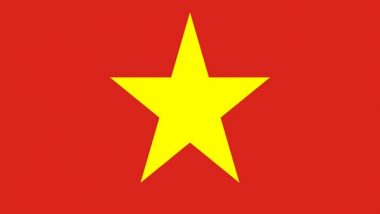 Hanoi, June 2: Vietnam's 'very dangerous' new COVID-19 hybrid variant may be fuelling its worst outbreak so far as it is replicating quickly.

On Saturday, the Vietnamese authorities revealed they had discovered a "very dangerous" new coronavirus variant that combined mutations first found in India and the UK, and which spreads quickly by air, reported The Telegraph.

Vietnam's plight follows a now familiar pattern of COVID-19 surges across Asia - most alarmingly in countries like Singapore, Laos, Thailand and Taiwan that were praised for beating the virus in 2020, only to be caught out by a global vaccine shortage as new variants ricocheted back from coronavirus hotspots. COVID-19 Strain B.1.617.2 First Emerged in India To Be Called 'Delta Variant', Says World Health Organisation.

He said laboratory cultures of the new variant showed the virus replicated itself very quickly, possibly explaining why so many new cases had appeared in different parts of the country in a short period of time.

Meanwhile, the World Health Organisation (WHO) is investigating reports of a mutation that spreads extremely quickly - but the country still isn't on the UK's red list, reported The Telegraph.

The World Health Organisation (WHO) has identified four variants of concern - emerging from the UK, India, South Africa and Brazil - is currently investigating Vietnam's findings.

Maria Van Kerkhove, WHO Technical Lead for COVID-19, said currently the variant detected in Vietnam was understood to be the B.1.617.2 variant, possibly with an additional mutation, but that more information would be provided when it was received.

On Monday, the WHO, International Monetary Fund (IMF), World Bank Group and World Trade Organisation (WTO) warned of a "two-track pandemic" where inequitable vaccine distribution was leaving millions vulnerable to the virus and creating deadly variants to boomerang around the world.

Like many other countries in Asia-Pacific region, Vietnam has struggled to obtain vaccines, and to date has only reached 1 per cent of its 96 million-strong population with a first dose, reported The Telegraph.

This week, the government asked Samsung Electronics Co, and other foreign companies to help source vaccines for their workers.

Abhishek Rimal, the Regional Coordinator for Public Health in Asia Pacific, International Federation of Red Cross and Red Crescent Societies, said although the full genomic sequence of the potential hybrid was still unclear, initial reports on the ground were worrying.

"What we understand from the field and some of the epidemiologists from the country is that they do suspect it will have even higher transmissibility than the original strain or any of the variants," he told The Telegraph.

"If confirmed, we could see a steep rise of COVID-19 in Vietnam and even beyond around Southeast Asia."

The city has now closed shops, restaurants and suspended religious activities, while restricting gatherings to ten people and enforcing two-metre social distancing rules. People over 60 have been encouraged to stay home as the authorities begin some 100,000 tests a day, reported The Telegraph.

Meanwhile, China has tightened its border security as its neighbour, once considered a pandemic success story, now plans to test all 13 million residents of Ho Chi Minh City and tighten social distancing measures.

According to The Telegraph, Vietnam has so far seen just over 7,100 COVID-19 cases and 47 deaths, but more than 4,000 of these cases have emerged in an outbreak that first came to light on April 27, and which has been detected in 34 cities and provinces.