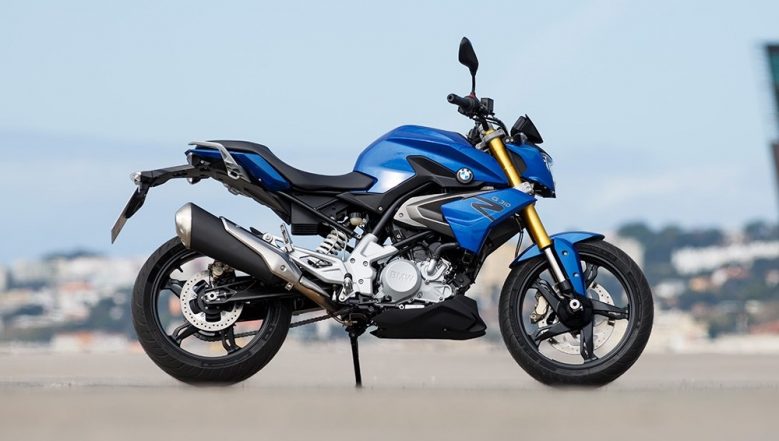 BMW G310 R and G310 GS are undoubtedly the most awaited motorcycles from the house of BMW Motorrad that are speculated to launch in the domestic market soon. The company showcased both the motorcycles at this year's biennial motor show in February. Confirmed to be launched in India by the second half of this year, BMW G310 R and G310 GS motorcycles will be the most affordable offering from the German premium bike maker. Moreover, it is also reported that BMW Motorrad dealerships have started taking pre-orders for the bikes. But, when we contacted couple of dealers they denied accepting the bookings for the upcoming motorcycles. Also See: Four Women Bikers Successfully Complete Nearly 17,000 Km Long Journey to Promote Telangana Tourism

Both the motorcycles will be powered by a 313cc, liquid-cooled, single-cylinder motor which will produce maximum power of 34PS @ 9,500rpm along with peak torque of 28Nm @ 7,500rpm. The engine will be mated to a 6-speed transmission. The suspension duties on G310 R will be carried out by upside down front forks setup and monoshock suspension at the rear while G310 GS will sport long-travel suspension, off-road friendly tires and a new engine cowl.

As a reminder, both the motorcycles are currently manufactured at Hosur plant, Chennai as a part of their association with TVS Motors. Moreover, the recently launched Apache RR 310 is based on the BMW G310 R as it shares the same engine, suspension and frame. Both BMW G310 R and G 310 GS motorcycles share most of their parts, they cater totally different needs as the former is a naked street bike while the latter is an entry level adventure tourer. Read More: Mahendra Singh Dhoni Rides Bike on Mumbai Roads Without Security: Pics!

As per the market report, it is believed that the company might launch both the bikes in India by July-August 2018. In terms of pricing, BMW G310 R and G 310 GS motorcycles are likely to be priced in the bracket of Rs. 3 lakh to Rs. 3.5 lakh (ex-showroom). The naked street bike, G310 R will compete against KTM Duke 390 and Mahindra Mojo when launched in the country.