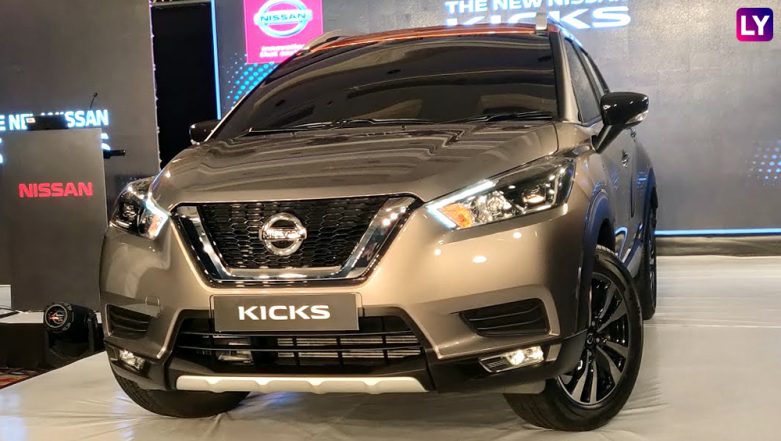 Nissan India has finally revealed the much awaited Nissan Kicks SUV in India today. The new Nissan Kicks will be a premium offering from the Japanese car maker, which is slated to be launched in the country by early next year. The company has just revealed the exterior design of the SUV and other details are yet to be revealed. Nissan Kicks SUV Officially Unveiled in India; Expected Price, Images, Dimensions, Specifications & Features.

At the rear, the SUV gets stylish boomerang tail lamps, model badging on the left and company insignia in the centre as well as silver coloured cladding. Dimensionally, the SUV measures 4384mm in length, 1813mm in width and 1656mm in height. The wheelbase of the SUV stands at 2673mm.

The company has not revealed the interiors of the SUV. The same will be revealed soon or probably during the launch itself.Moreover, the company has not revealed the power train options too. It is expected to be offered in both petrol as well as diesel options. The petrol engine is likely to be a 1.5-litre mill making 108bhp whereas the diesel engine will churn out 109 bhp. Transmission functionalities on the new Kicks SUV will be carried out by 6-speed manual gearbox as standard and an optional CVT unit on petrol unit.

When launched, the new Nissan Kicks will compete against Tata Harrier, Hyundai Creta and Renault Duster. Being a premium product, the SUV could be priced in the price bracket of Rs 10 lakh to Rs 15 lakh (ex-showroom).