'83: Kamal Haasan and Nagarjuna Come on Board to Present Tamil and Telugu Versions of Ranveer Singh's Next 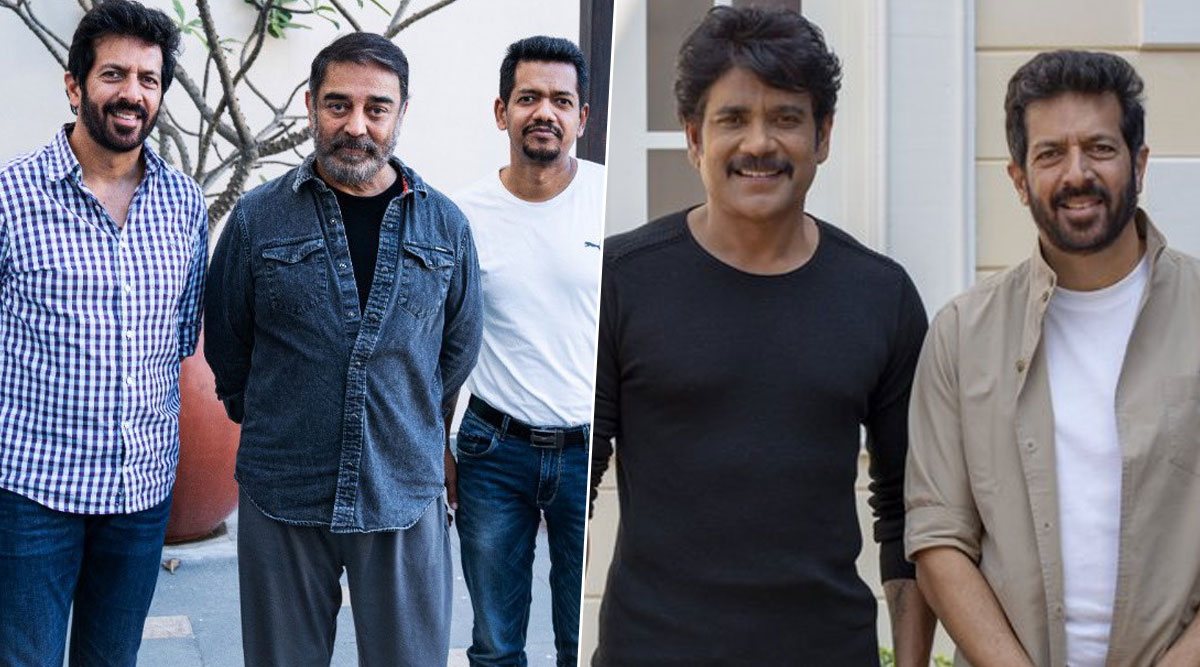 Ranveer Singh's next big release is Kabir Khan's '83 - the journey of India's first Cricket World Cup win. While the Padmaavat actor plays Kapil Dev, the captain of the Indian team then, his team includes other powerful actors like Harrdy Sandhu, Adinath Kothare, Tahir Raj Bhasin and rest. Reliving the era wasn't an easy task for the filmmaker as he had to recreate the cricketer's look from that time. However, going by the newly released stills and character posters of his 11 men, it's safe to declare that he has done a brilliant job. 83 The Film: Ranveer Singh Introduces Dhairya Karwa as the Flamboyant All-Rounder Ravi Shastri.

Of course, we aren't here to discuss what you know already. The recent update comes from down south. And it's a really big update. South superstars, Kamal Haasan and Nagarjuna have come on board as the presenters of the film's Tamil and Telugu version respectively. Film's producer, Nadiadwala & Grandson's official Twitter handle made the big announcement and we are super thrilled to hear these powerful names as the new presenters. 83 The Film: Ranveer Singh Releases Sahil Khattar's Character Poster as Syed Kirmani (View Pic).

Check out the Announcement

'83 will release in Hindi, Tamil and Telugu on April 10, 2020. While India's historic win still brings a lump in our throat and fills our chest with pride, it was time to relive the magical era once again. The movie also stars Deepika Padukone as Romi Bhatia. She'll play Ranveer's on-screen wife.