The young and talented Amaal Mallik has turned a year older today (June 16). Son of Daboo Malik and Jyothi Malik, brother of Armaan Malik, Amaal hails from a musical family. 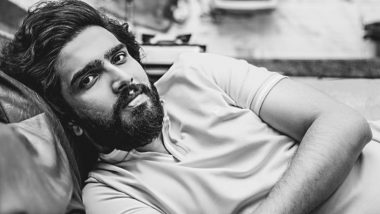 The young and talented Amaal Mallik has turned a year older today (June 16). Son of Daboo Malik and Jyothi Malik, brother of Armaan Malik, Amaal hails from a musical family. It was in 2014 when Amaal had made his debut as a music composer, and since then he has given numerous Bollywood hits. This versatile composer has also sang songs for some of the leading stars of the industry. It was a from a very young age that Amaal started to learn music, when he was eight years old. Amaal Mallik and Armaan Malik Recreate Ghar Se Nikalte Hi and Trust Us, It's Beautiful! - Watch Video.

Amaal Mallik is trained in Western Classical, Jazz & Rock music from the Trinity College of Music. He is also trained in Indian classical music under the guidance of his grandfather Sardar Malik. After completing tenth grade, Amaal assisted music composer-background scorer Amar Mohile for the soundtrack of Sarkar that had released in 2005. From 2008 he started producing background scores for films such as Rowdy Rathore, Saheb, Biwi Aur Gangster Returns, Phata Poster Nikla Hero and many others. On the occasion of Amaal’s birthday, let’s take a look at some of his hit compositions. Saina Nehwal Biopic: Amaal Mallik Records With Macedonian Symphonic Orchestra for Parineeti Chopra Starrer.

In 2014, Amaal Mallik had made his debut as a music composer with Salman Khan’s film Jai Ho. Besides composing the peppy title track that was sung by Wajid Khan and Armaan Malik, he had also composed music for the songs "Tumko To Aana Hi Tha" and "Love You Till The End" (House Mix).

Amaal Mallik had composed the song "Sooraj Dooba Hain" from Roy that had electronic dance music beats. This party number was crooned by Arijit Singh and Aditi Singh Sharma.

This was another cool track from Kapoor & Sons featuring Alia Bhatt and Sidharth Malhotra and was composed by Amaal Mallik. This peppy number is indeed one of the favourite party tracks and one just cannot stop grooving!

This was a romantic, soothing song from MS: The Untold Story and featuring the late actor Sushant Singh Rajput and Disha Patani. Sung by Palak Muchhal, the lyrics and composition of this track will stir your soul.

The film Kabir Singh was not only of the biggest hits of 2019, but the songs of this Shahid Kapoor starrer had also won hearts. Amaal Mallik had composed the song "Ye Aaina" that was sung by Shreya Ghoshal. Also, it was his first song with the popular lyricist Irshad Kamil.

There are many other songs composed by Amaal Mallik that became chart-toppers. This young singer – musician is a powerhouse of talent and his works have proved enough. Here’s wishing him a mellifluous year and good luck for his future endeavors. Happy Birthday, Amaal Mallik!

(The above story first appeared on LatestLY on Jun 16, 2020 08:20 AM IST. For more news and updates on politics, world, sports, entertainment and lifestyle, log on to our website latestly.com).