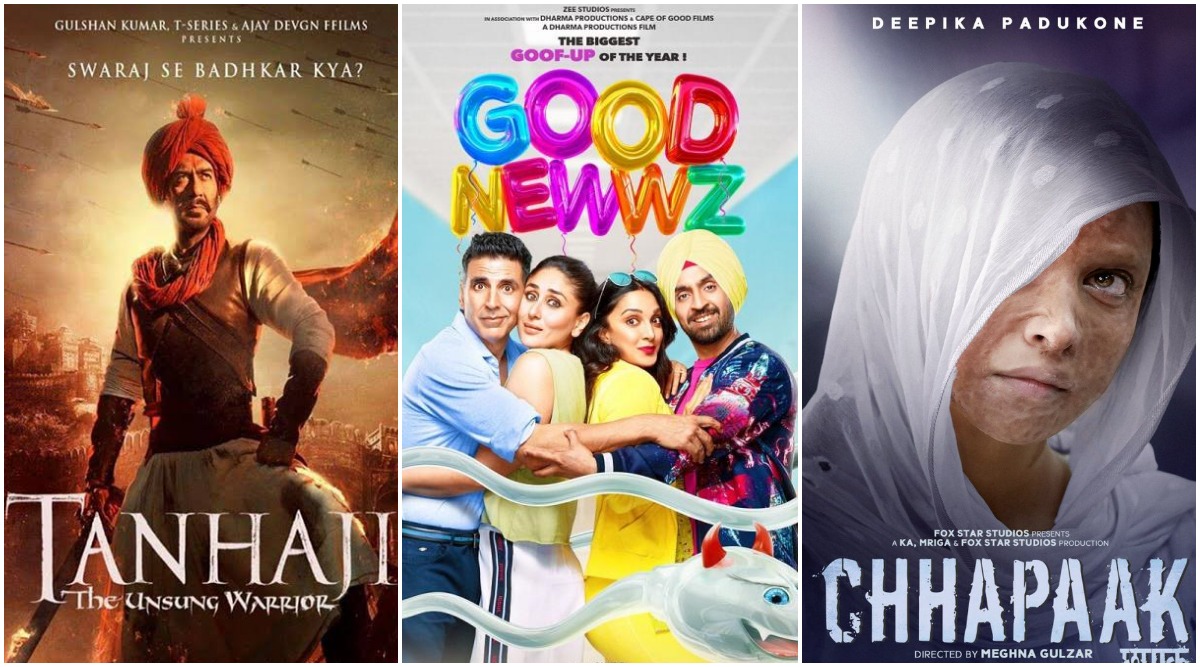 Good Newwz starring Akshay Kumar, Kareena Kapoor Khan, Diljit Dosanjh and Kiara Advani in the lead, released on December 27, 2019. The comedy drama directed by Raj Mehta opened to positive response from fans and critics. In fact, it did see a strong growth in terms of box office collection as well. But there has been a major drop in its figures, and we wonder if Ajay Devgn’s Tanhaji and Deepika Padukone’s Chhapaak are the reason. Good Newwz Box Office Collection Day 14: Akshay Kumar – Kareena Kapoor Khan’s Super Hit Film Mint Rs 181.36 Crore!

Tanhaji: The Unsung Warrior starring Ajay Devgn, Saif Ali Khan, Kajol in the lead clashed with Deepika Padukone – Vikrant Massey starrer Chhapaak. Both the films released yesterday (January 10) and both of them have received a thumbs up from the audience. Besides these two films, there’s one more movie that released this week, Rajinikanth’s Darbar. All of these releases have slowed down the growth of Good Newwz. Trade analyst Taran Adarsh tweeted, “#GoodNewwz slows down due to multiple new films invading the marketplace... Should witness growth over the weekend... [Week 3] Fri 2.07 cr. Total: ₹ 183.43 cr. #India biz.” Tanhaji: The Unsung Warrior Box Collection Day 1: Ajay Devgn and Saif Ali Khan Starrer Earn Rs 15.10 Crore on the Opening Day.

Ajay Devgn’s Tanhaji has had a fantastic opening on the day of its release. It has managed to collect Rs 15.10 crore at the ticket windows. However, Deepika Padukone’s Chhapaak did not live-up to the expectations in terms of box office collection. The Meghna Gulzar directorial could earn only Rs 4.77 crore at the box office. Stay tuned to LatestLY for more updates from the world of entertainment.