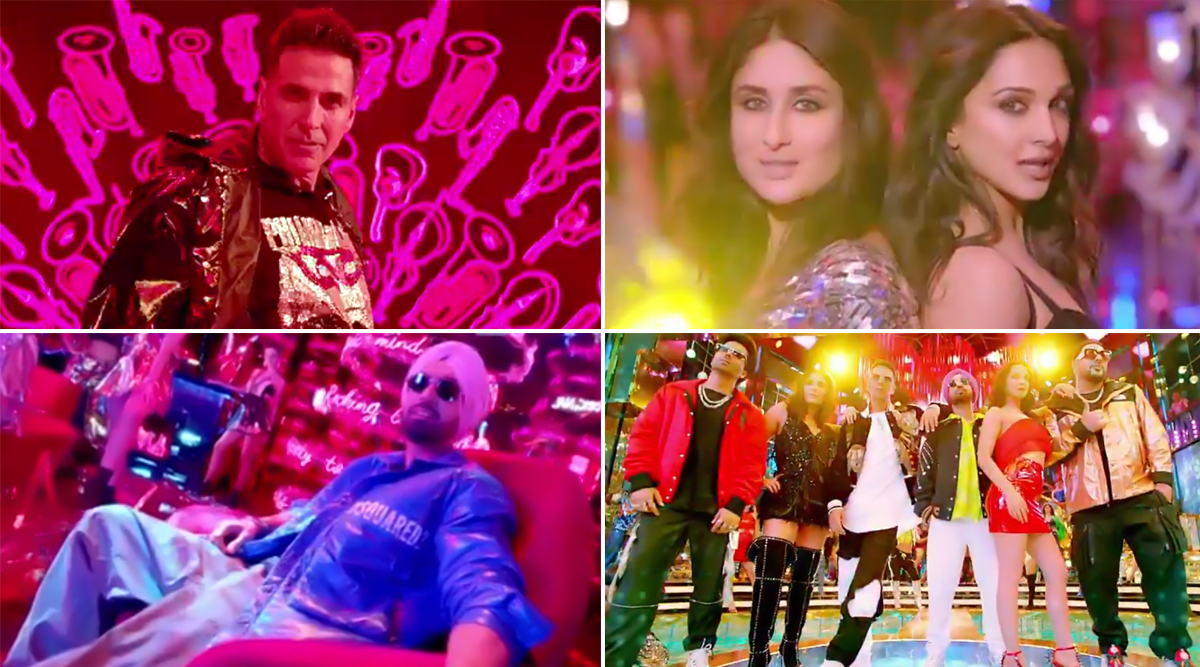 Good Newwz is an upcoming comedy-drama starring Akshay Kumar, Kareena Kapoor Khan, Kiara Advani and Diljit Dosanjh in the lead. Good Newwz marks the directorial debut of Raj Mehta. When the makers dropped the trailer, it showed the amount of major goof-ups that one is going to get to watch between the Batras and Batras. The film revolves around two young, married couples (of the same surname) and their journey of love. The makers have announced that soon they’d be releasing the first song of Good Newwz titled "Chandigarh Mein". Good Newwz Trailer Garners Over 63K Likes on Twitter.

The teaser of the song "Chandigarh Mein" has been shared across social media platforms and it clearly looks like a party anthem. Well, the makers have promised that it is going to be the biggest party song of the year. In the teaser we can the film’s lead cast - Akshay Kumar, Kareena Kapoor Khan, Kiara Advani and Diljit Dosanjh – looking stunning in their party outfits. This track has a cool desi yet party vibe. The music of the song "Chandigarh Mein" is composed by Tanishk Bagchi. Good Newwz Poster: Akshay Kumar, Kareena Kapoor Khan, Diljit Dosanjh, Kiara Advani Are Surrounded by a Devilish Sperm (View Pic).

Watch The Teaser Of The Song Chandigarh Mein Below:

Good Newwz is produced under the banners of Dharma Productions and Cape of Good Films. The film is all set to be released on December 27. Stay tuned for more updates!