Jawaani Jaaneman: Tabu Dons a Sexy Bohemian Avatar on the New Poster and We Can't Wait to Meet Her Character Soon as the Trailer Releases on January 9 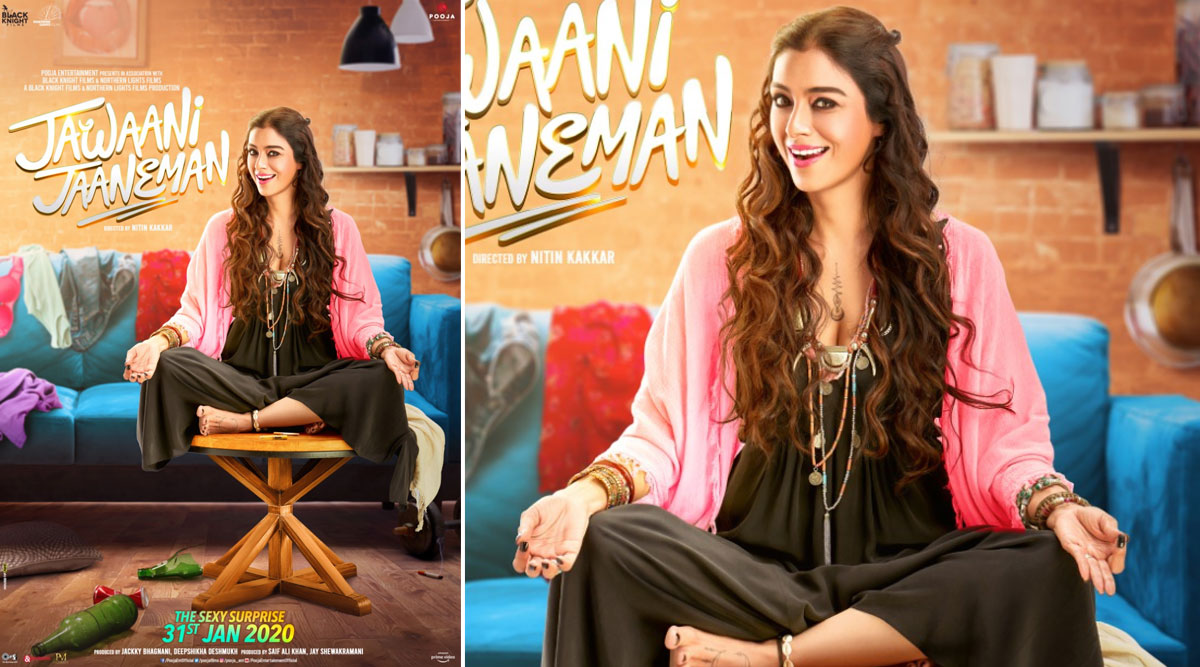 After we saw the quirky new poster of Jawaani Jaaneman featuring Saif Ali Khan and debutante Alaya F, the makers have now released a brand new poster featuring Tabu. The actress looks gorgeous on this poster in a rather bohemian avatar and we are loving it. The film's trailer is all set to release on January 9 and we can't wait to see all the fun. Releasing Tabu's poster, the makers wrote, "The “tangy twist” in the unusual story! #JawaaniJaaneman trailer out tomorrow." Earlier, we had seen the teaser of the film and it introduced us to Saif's character but with this new poster, we are more interested to see Tabu's character even more. . Jawaani Jaaneman: Alaia Furniturewalla Shares an Appreciation Post for Saif Ali Khan and Tabu as the Trio Pose for an Amazing Picture on the Sets of the Film.

The film revolves around Saif Ali Khan's character who is a 40-something womaniser who doesn't wish to grow up and is happily living a carefree, commitment-free life. Although his life takes a huge turn after his teenage daughter comes into picture. We are assuming Tabu plays the role of his one of his exes who is the mother of his daughter. In this poster, Tabu looks incredibly sexy and we bet her fans are going to love it.

While the film was earlier slated for a February 14 release, the makers have now preponed it to January 31 given that Saif would have had to clash with his daughter Sara Ali Khan at the box office with the earlier date. Sara's Imtiaz Ali film, Aaj Kal is slated for Valentine's release. This means that Saif fans can rejoice given that he has two releases in January including Tanhaji.