Krrish 4: Hrithik Roshan’s Superhero Franchise To Get Back Jaadu? 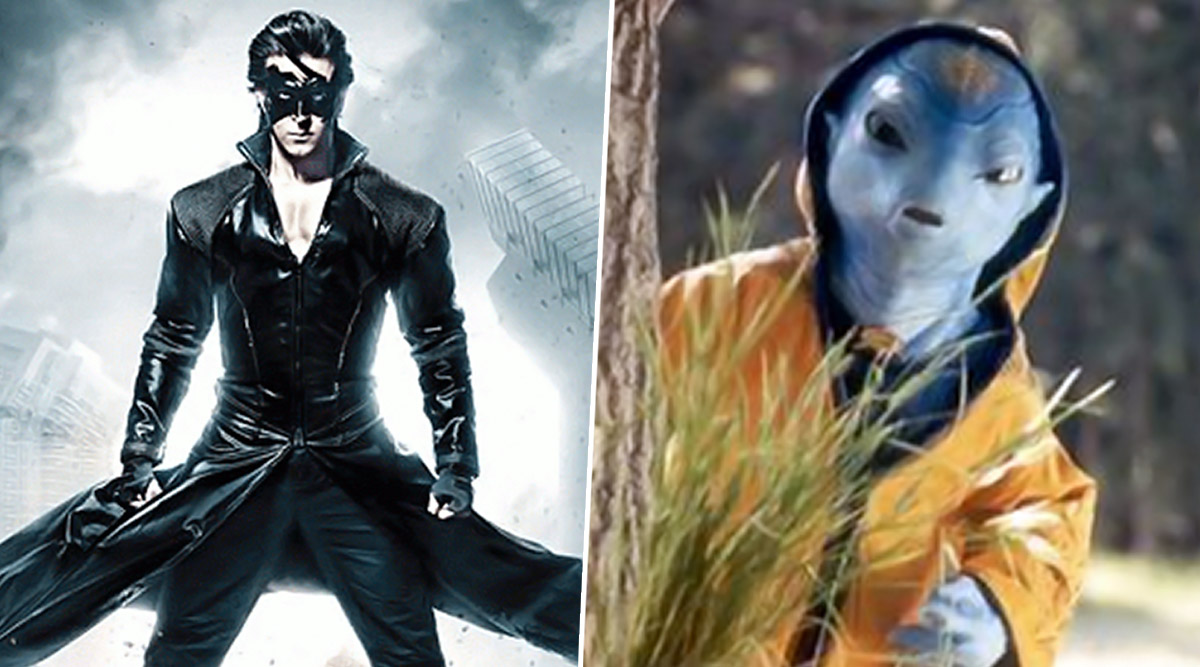 It was back in October last year when Hrithik Roshan had stated that work will soon begin on Krrish 4. The upcoming film will be fourth installment in the Krrish series and it is one of the most favourite superhero films as well. Hrithik had stated, “Right after War, I am going to sit with my father, get everyone together and restart work on Krrish 4. We had put it a little on the side because dad was recovering. Now that he is better, we will kick-start it once more,” reports PTI. Now as per latest developments, Hrithik and his father, actor-director Rakesh Roshan and the team have been brainstorming on this project and have reportedly decided to get back the alien friend Jaadu back in the fourth installment. Hrithik Roshan Reveals Further Plans Regarding His Much-Loved Superhero Film Krrish 4!

About it a source was quoted as saying, “Rakesh ji and Hrithik, with their team of writers, have been brain-storming on how to take Krrish forward and have finally locked an idea. Jaadu has strong recall value and they felt that with Rohit Mehra dying in Krrish 3, it'd be the right time to introduce Krrish to the alien who gifted him his special powers,” reports TOI. Looks like after more than a decade, one will get to see Jaadu this time! Deepika Padukone To Work With Hrithik Roshan in Krrish 4?

Regarding how this project is shaping currently, the source further mentioned, “They have been discussing the film’s scale, visuals and other technical aspects with experts in the West.” Talking about the lead actress for Krrish 4, rumours are rife that the Roshans are keen to rope in Deepika Padukone this time. However, an official announcement is awaited.