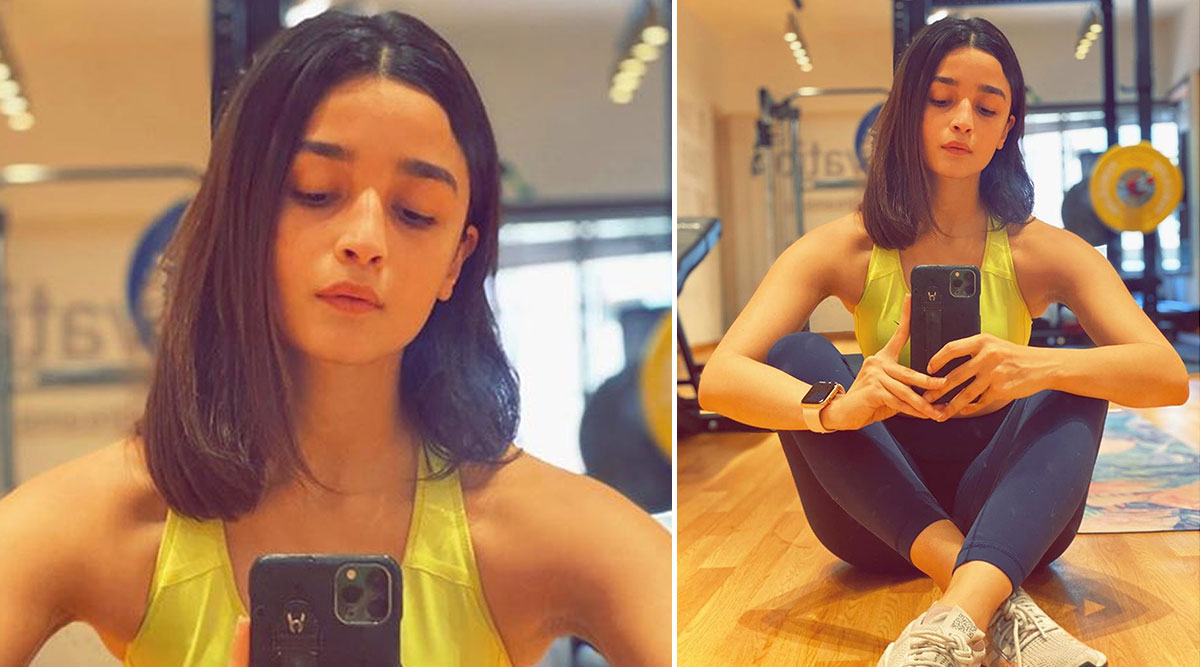 Ranbir Kapoor and Alia Bhatt have been the sweethearts of tinsel town. There have been many rumours surrounding their wedding. While it was predicted that 2020 would be the year of their D-day, obviously it seems unlikely now. However, that does not keep them away from each other. In fact, Ranbir and Alia are currently quarantining together amid the COVID-19 lockdown. This was confirmed by none other than, filmmaker, Karan Johar! Alia Bhatt Flaunts Her Pretty New Hair Cut, Thanks Her 'Multi-Talented Loved One!' (View Pic).

KJo has been quite close to the couple and is also a mentor to Alia. He often lets out tiny deets of his industry friends. This one too was spilled by him during a live chat on Instagram.

Alia Bhatt had posted a picture of herself from her house-gym. In this, she flaunted her new shoulder-hair cut length. She had written in the caption, "P.S - Yes I cut my hair AT HOME - thanks to my multitalented loved one who rose to the occasion when I was in need of a chop chop." The filmmaker also revealed that it was RK who gave her a haircut!

On the work front, 'RAlia' will be seen in Ayan Mukerji's Brahmastra. They will share screen for the first time for this fantasy trilogy. The fans were extremely excited to watch them sizzle on the silver screen together especially after a few commercials that they did together.