Pratik Gandhi will be seen as a special guest on Zee Comedy Show this Saturday. The actor made his appearance to promote his upcoming debut film Bhavai and he also shared some interesting stories with everyone on set. 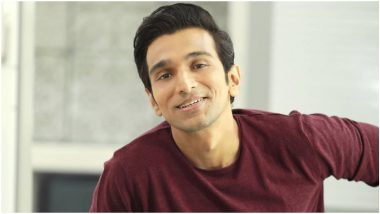 Renowned actor Pratik Gandhi will be seen as a special guest on Zee Comedy Show this Saturday. The actor made his appearance to promote his upcoming debut film Bhavai and he also shared some interesting stories with everyone on set. Adding more to the entertainment quotient will be comedians Sanket Bhosale, Mubeen and Gaurav's interesting re-enactment of Amitabh Bachchan's 'Sooryavansham' that made everyone roll in laughter. The trio dressed aptly in their own Amitabh Bachchan avatar, took over the stage and indeed entertained each and every person including the guest of the evening Pratik Gandhi. Scam 1992 Clocks 1 Year: Pratik Gandhi, Hansal Mehta Share Special Notes To Mark the Anniversary of Financial Thriller Series (View Post).

In fact, absolutely thrilled by their performance, Pratik also went on to appreciate their work while revealing interesting incidents from his time as a theatre artiste. The actor also revealed how he was rejected during the initial phase when he was trying his luck on television. As Pratik revealed: "When I was working in theatre, there was no digital sound back then and in one hilarious incident someone from my team was supposed to be a murderer. He had a gun in his hand but the sound didn't come at the given cue, so he improvised by picking up a knife. However, the sound of the firing shot came at the exact moment when he enacted the killing scenes with a knife, the whole auditorium erupted in laughter." Scam 1992 Star Pratik Gandhi Reveals He Takes the Decision of Choosing a Project Based on His ‘Gut Feeling’.

He adds: "Although it was supposed to be a serious act but due to the technical glitch it turned out to be a hilarious one. Incidents like these make me nostalgic, I had a great time during my theatre days and often miss them. Apart from theatre, I have tried my luck in television and I have given numerous auditions but was always told that I am not fit for television. I would say that rejection has helped me." Zee Comedy Show airs on Zee TV.

(The above story first appeared on LatestLY on Oct 21, 2021 08:53 PM IST. For more news and updates on politics, world, sports, entertainment and lifestyle, log on to our website latestly.com).