Rana Daggubati Gets Engaged To Miheeka Bajaj, BFF Sonam Kapoor Says 'He Better Make You Happy' In A Congratulatory Post

Rana Daggubati is all set to get hitched to Miheeka Bajaj and made the announcement yesterday. Sonam Kapoor, Miheeka's closest friend, has congratulated them with a sweet warning. 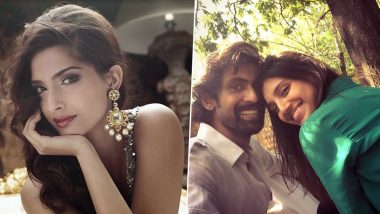 All of a sudden, Rana Daggubati is taken! Yesterday, the Baahubali actor took to his social media accounts to reveal that he has popped the question to a certain Miheeka Bajaj and she said yes. Quite obviously, after many of his female fans got over the initial heartbreak, they started looking for ways to figure out 'Who is she?' We did some digging too and found out that although she has no filmi connections, she is best friends with Sonam Kapoor. She also the founder of Drew Drop Design Studio, an event management company. Rana had been spending his lockdown time with her and guess he felt it was time to take the plunge. Many congratulated the couple but it's Sonam Kapoor's post which made us say, 'That's how Best Friends say it.' Rana Daggubati To Marry Miheeka Bajaj: All You Need To Know About Baahubali Actor’s Pretty Fiance Who is Also Close Friends With Sonam Kapoor

Sonam shared the picture of the couple on her Insta story and congratulated them but not without a sweet warning. Check it out here... 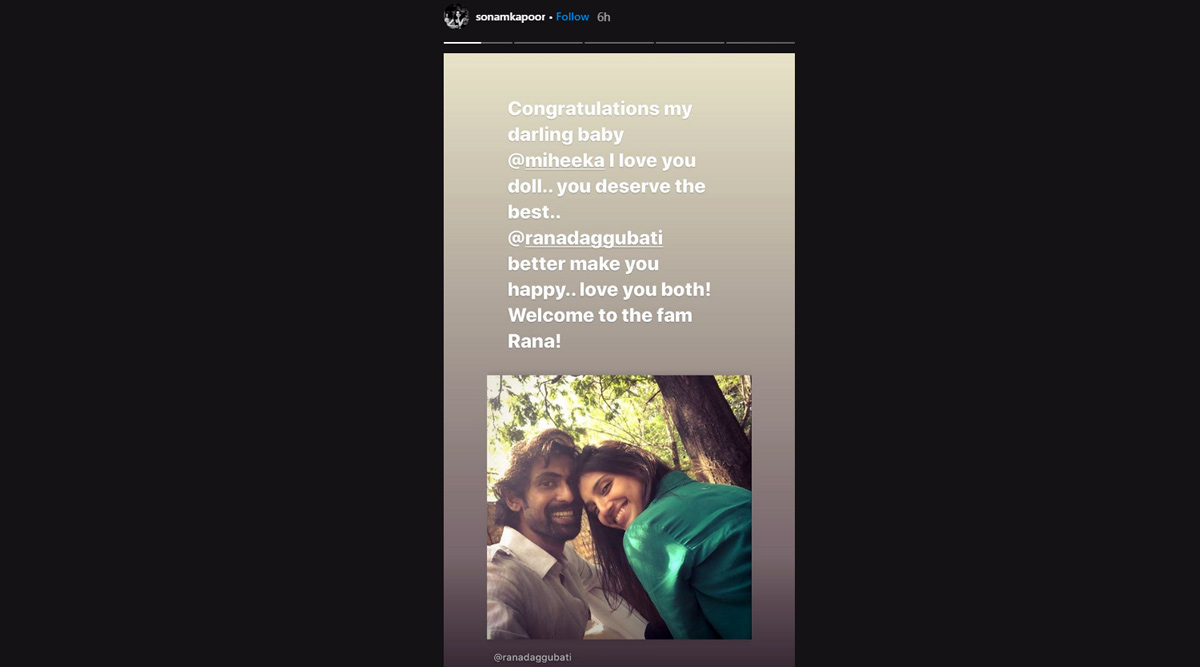 And since we are on it... check out Rana's post once more

And she said Yes :) ❤️#MiheekaBajaj

Well, we still aren't aware of how this love story began but we are pretty sure it would be damn romantic! We have a feeling.

(The above story first appeared on LatestLY on May 13, 2020 03:08 PM IST. For more news and updates on politics, world, sports, entertainment and lifestyle, log on to our website latestly.com).