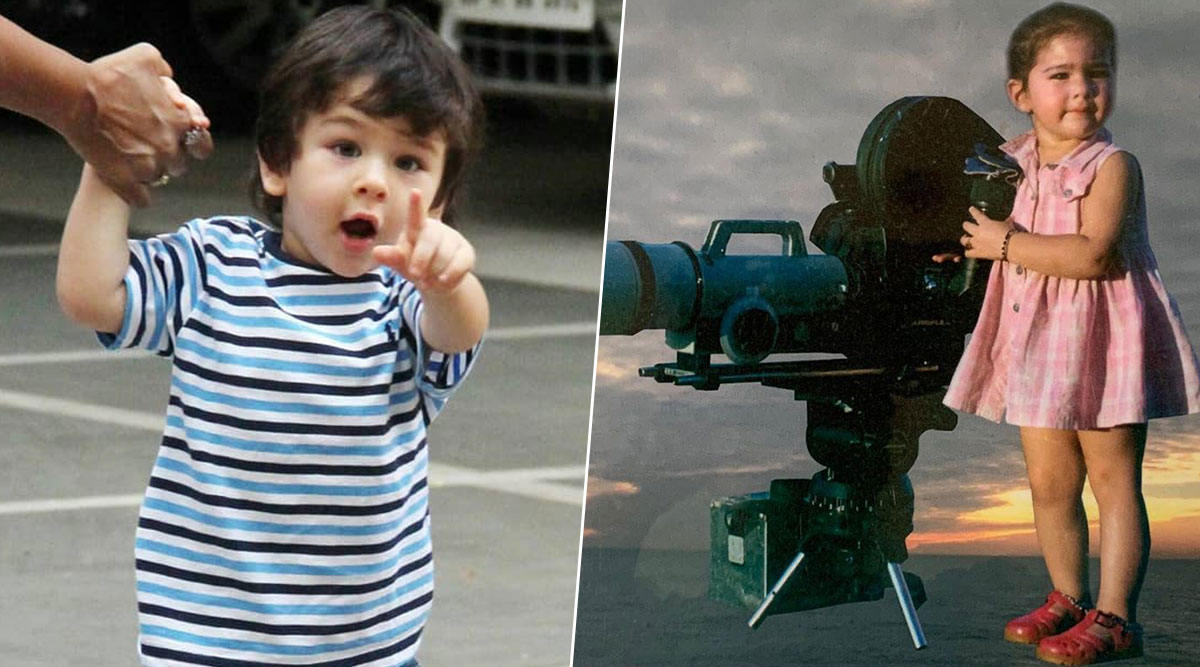 Sara Ali Khan's Instagram account can be followed for maximum amount of entertainment, inspiration and goals! The chirpy two-film old actress knows how to be in the limelight with her adorable posts. Touted to be one of the humblest star-kids in the industry, she is often found to be relatable for the gen y. Her latest picture is something that every 90s kid who is in love with their own childhood version, will relate to. She posted a cute throwback pic of herself that looked exactly like Taimur Ali Khan! Saif Ali Khan Reveals Taimur Ali Khan Calls Him ‘Sardarji’ After Seeing His Tanhaji Look (Watch Video).

Well, Sara's childhood pics are not new thing to anyone who has been a regular on internet. Her pics with dad Saif and also the comparison with Tim Tim's recent snaps is something very common for the netizens. Yet, when such adorable snaps crop up, one cannot resist appreciating it! She posted this snap of the toddler version of herself which made the impressed followers of hers compare it to Taimur. Here is the pic.

Well, there is no denying that Taimur has indeed taken some cuteness from his elder sister. As for Sara, she is right now enjoying her vacation abroad. From posting sultry bikini pics to sharing goofy videos from Central Park, she is having the time of her life. On the professional front, she has a comedy film lined up titled Coolie No 1 with Varun Dhawan. She'll also be seen in Imtiaz Ali's next opposite Kartik Aaryan. The film is said to be the sequel of Imtiaz-Saif's Love Aaj Kal. Coming back to this picture, what are your thoughts?