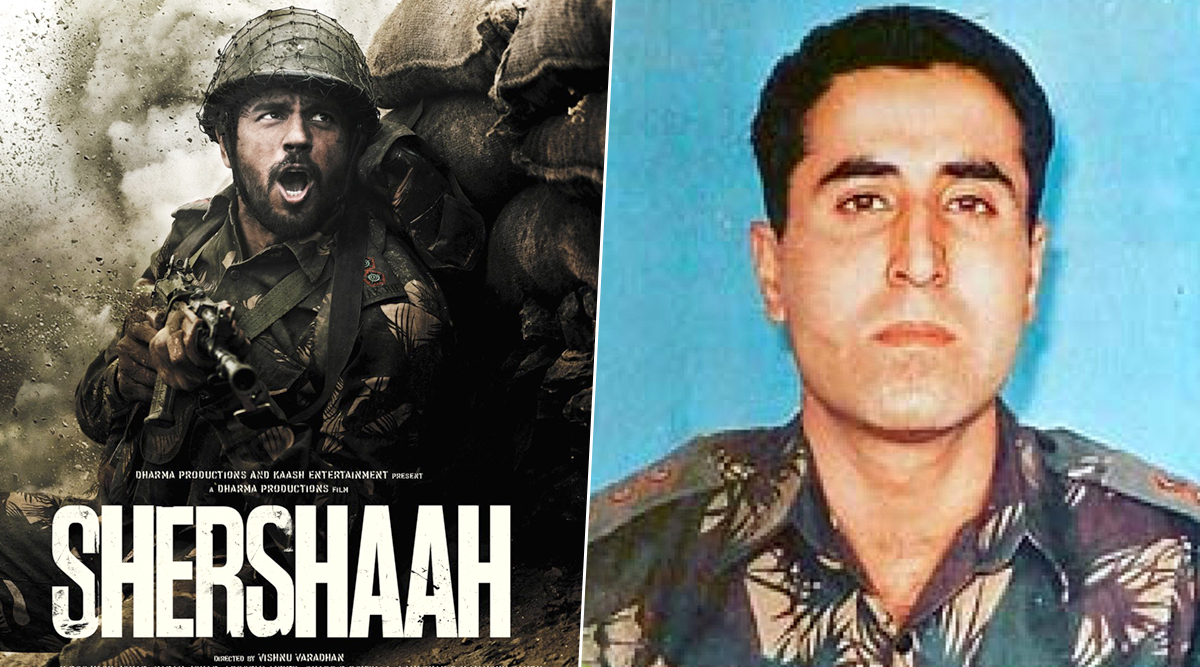 Sidharth Malhotra-starrer Shershaah, based on the life of Kargil hero Captain Vikram Batra, is slated to hit the screens on July 3, the makers announced on Thursday. The film, which takes its title from Vikram Batra's codename, is directed by Vishnu Varadhan. Sidharth shared his first look from the film on Twitter on his birthday. "An absolute honor to be able to paint the big screen with the shades of bravery & sacrifice. Happy Birthday, Sidharth Malhotra! Your Incredible and Dapper Fashion Makes It Every Penny Worth Our Stare!

"Paying an ode to the journey of Captain Vikram Batra (PVC) and bringing the UNTOLD TRUE STORY with #Shershaah. Releasing 3rd July, 2020," the actor wrote alongside the stills of the movie. Sidharth, 35, will play a double role in the film, wherein he will portray both the Param Vir Chakra recipient Vikram Batra and his twin brother Vishal Batra. Shershaah Posters: On Sidharth Malhotra’s Birthday, Makers Release Impressive Pictures of the Actor as Captain Vikram Batra.

An absolute honor to be able to paint the big screen with the shades of bravery & sacrifice.

Actor Kiara Advani will play the female lead in the film, backed by Dharma Productions. Kiara tweeted she is "thrilled to be a part of an ode to the Kargil War hero and his brave journey".