Sonu Sood Helps a Person in Urgent Need of an Operation

One Twitter user reached out to the actor asking him for help for his operation that has 3 weeks over the due date. Sonu readily agreed to help him saying that that the treatment will start tomorrow. 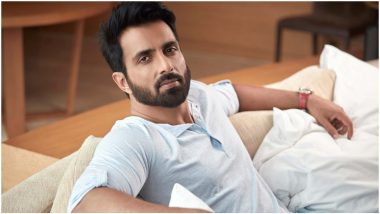 Sonu Sood has established himself as the human equivalent of a helpline. During the lockdown due to pandemic, he worked relentlessly to help migrant labourers, who are stuck in strange states, in reaching their home. Now, he is extending help to the medically ill. One Twitter user reached out to the actor asking him for help for his operation that has 3 weeks over the due date. Sonu readily agreed to help him saying that that the treatment will start tomorrow. A Fan asks Sonu Sood to Give Him a PS4, Actor Denies and His Reason for Denying Will Warm Your Hearts.

In the recent past, Sonu had also tasked himself to take care of the education of a few and also brought a tractor for farmer's family in need. He also aims to get two crore people employed in the next five years under Pravasi Rozgar initiative. He has become a national hero of sorts in the past few months. This Raksha Bandhan, Sonu Sood Turns Saviour for a Woman in West Bengal Whose Home Was Damaged By Rains (Read Tweet).

"The visuals we have been seeing on news channels gave me sleepless nights. But when I went on the field and met them personally, what I saw was unreal. These memories are going to stay with me forever. There are little kids who aren’t aware that they are going to walk 1000kms, but their parents are assuring them ke abhi paas aayega, aur thoda door hai. I thought these kids are going to grow up with memories of seeing their parents suffer on the roads. It’s never going to get out of their heads. So I thought I don’t want them to live with those memories," Sonu said in an interview with Film Companion.

"I think I was made for this work. My mom always used to say you’re successful only if you can help someone," the actor added.

(The above story first appeared on LatestLY on Aug 13, 2020 09:42 PM IST. For more news and updates on politics, world, sports, entertainment and lifestyle, log on to our website latestly.com).