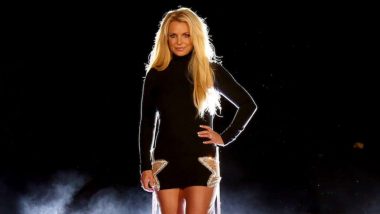 The #FreeBritney movement is here to stay. Fans of the internationally popular singer Britney Spears are pleading for her 'freedom'. Britney has been under conservatorship since 2008 after her very public meltdown post her divorce. Her financial assets, estate, career negotiations are being managed by her father, Jamie Spears, whom fans accuse of using this to his leverage. Britney Spears’ Father Jamie Drags Blogger to Court After #FreeBritney Movement Gets Out of Hand.

A conservatorship is a legal guardianship of an individual appointed to a person when the court thinks that the said individual is unable to make mentally sound decisions. Fans argue that Jamie Spears has been controlling the smallest to biggest aspects of Britney's life under the garb of conservatorship. Fans put Britney's thriving career in the last few years against claims of her deteriorated mental health.

Now, fashion industry police, Diet Prada has joined the movement. Diet Prada shared a series of slides of texts making a case for #FreeBritney alleging shady details of conservatorship. Britney Spears: ‘You Never Know Who to Trust, People Can Be Fake’.

"The law is corrupt and so are the middle-aged men who are ruining a thriving, successful woman’s life. Britney has a court hearing coming up on July 22nd," the post read.

Check Out The Post Shared By Diet Prada Here:

This is heartbreaking 💔Swipe to slide 5 for the shady details on Britney’s conservatorship, which is usually reserved for individuals who are incapacitated. I know some people’s instincts might be to not take this seriously or laugh because the world has made a joke of her existence to a certain extent, but this is a woman who is denied access to her own children, finances, and any control over her own life. The law is corrupt and so are the middle-aged men who are ruining a thriving, successful woman’s life. Britney has a court hearing coming up on July 22nd. Check our stories for a swipe up of actionable items you can do to help #FreeBritney . Images: @dirty2000s • #britney #britneyspears #conservatorship #popstar #icon #legend #britneybitch #itsbritneybitch #help #helpingothers #shady #sketchy #court #courthearing #custody #custodybattle #guardianship #mom #momlife #mother #momsofinstagram #dietprada

It is not just the fans of the singer who are lending a voice to this movement. Veteran singer and actress Cher supported the movement in January 2020 by sharing an in-depth article. She wrote that it was possible that Britney was subjected to enough medication to keep her working but not enough to have a life. As per several reports, Britney's 13-year-old son Jayden has also shed some light on the subject.

Reports suggest that Britney's son went live on his secret Instagram account where he said he was indeed trying to help his mom "break free", when the question was posed by a viewer. Jamie Spears was investigated for child abuse but was let go due to lack of evidence. But a judge granted the two kids of a Britney a restraining order against their grandfather.

Lynne Spears, Britney's mother, also made headlines in 2019 for liking posts about #FreeBritney movement. Now, she has commented on a fan page that her positive comments from Britney's post were removed.

Earlier in an interview, talking about what went wrong in her life in her 20s, Briney has said, "My life was controlled by too many people and that doesn’t really let you be yourself. In that situation, when your not in control, you become less excited, and there’s less passion when it comes to music. I wrote back then, that I was lost and didn’t know what to do with myself. I was trying to please everyone around me because that who I am deep inside. There are moments where I look back and think: ‘What the hell was I thinking?'”

(The above story first appeared on LatestLY on Jul 14, 2020 10:06 PM IST. For more news and updates on politics, world, sports, entertainment and lifestyle, log on to our website latestly.com).