Disney Plus Announces Star Wars: The Clone Wars Spin-Off 'The Bad Batch' for 2021

The four clones of the Bad Batch, also known as Clone Force 99, have unprecedented dangers ahead of them, before the events of Rebel. 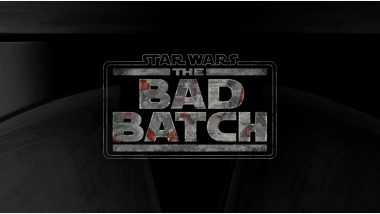 Get ready for a new and exciting era of Star Wars. A new animated series has been commissioned by Disney Plus after the epic series finale of Star Wars: The Clone Wars. The new animated series that is aiming for a 2021 release, will be a spin-off of the clone wars. It is titled Star Wars: The Bad Batch. Oooh...Exciting. he Mandalorian season 2, Taika Waititi directing the next movie, Stars Wars has delivered some good news this year. The Mandalorian Season 2: Timothy Olyphant Boards Disney Plus' Star Wars Spin-Off Series.

The Bad Batch was first introduced in Clone Wars. Members of this batch will navigate life dealing with the aftermath of Clone Wars. The Bad Batch members, as the name suggests, are different from the clones. They all possess one unique ability each that makes them exceptional and will help them survive. One member has exceptionally excellent eyesight. Another has super strength. Thor Ragnarok Director Taika Waititi to Direct and Co-Write a New Star Wars Film.

"Giving new and existing fans the final chapter of Star Wars: The Clone Wars has been our honor at Disney+, and we are overjoyed by the global response to this landmark series," said Agnes Chu, senior vice president, Content, Disney+.

"While The Clone Wars may have come to its conclusion, our partnership with the groundbreaking storytellers and artists at Lucasfilm Animation is only beginning. We are thrilled to bring Dave Filoni’s vision to life through the next adventures of the Bad Batch." Star Wars Day 2020: Twitterati Wish May the Fourth Be With You With Dancing Gifs of Stormtroopers, Cute Baby Yoda Posts and More.

The four clones of the Bad Batch, also known as Clone Force 99, have unprecedented dangers ahead of them, before the events of Rebel.

(The above story first appeared on LatestLY on Jul 13, 2020 11:28 PM IST. For more news and updates on politics, world, sports, entertainment and lifestyle, log on to our website latestly.com).