Fantastic Beasts The Crimes of Grindelwald: 10 Secret Harry Potter Easter Eggs You Should Not Miss Out In The Movie (SPOILER ALERT) 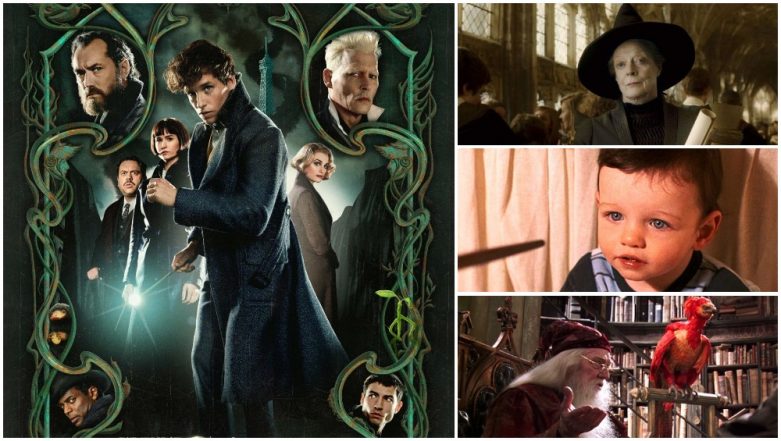 Fantastic Beasts The Crimes of Grindelwald: 10 Secret Harry Potter Easter Eggs You Should Not Miss Out In The Movie

Let me say at the start of this feature - I was left underwhelmed after seeing Fantastic Beasts: The Crimes of Grindelwald. The second spinoff of the Harry Potter film series and the sequel to the 2014 film, Fantastic Beasts and Where To Find Them, the movie opened up in theatres this week. Both the Fantastic Beasts movies are set years before Harry Potter was born, around the time when a young Albus Dumbledore (Jude Law) was gearing up to fight his former friend, Gellert Grindelwald (Johnny Depp), the predecessor to Lord Voldemort. However, the films follow Newt Scamander (Eddie Redmayne), a wizard with a keen sense of handling Magical Creatures and his friends, an Auror Tina Goldstein (Katherine Waterstone), her sister Queenie (Alison Sudol) and a Muggle Kowalski (Dan Fogler) who gets unwittingly stuck in wizard wars.  Fantastic Beasts The Crimes of Grindelwald Movie Review: This Harry Potter Spin-Off Crams Too Much Stuff In Newt's Suitcase Than It Can Hold!

Fantastic Beasts: The Crimes of Grindelwald had released to a very good audience response, however, the reviews varied from negative to mixed. While most of them praised the special effects and the production design, the plot and the forceful franchise building (there are three more movies to come) were criticised. However, if you have been a hardcore Harry Potter fan, then you could be pleased with some of the Harry Potter Easter eggs in the film. Fantastic Beasts The Crimes of Grindelwald Final Trailer: Filled With Easter Eggs and Spoiler, The New Promo is a Treat for Harry Potter Fans! Watch Video.

Of course, some of them were already shown in the trailers like the return of Hogwarts, the Mirror of Erised, Nagini (in a human form), Dumbledore-Grindelwald's close relationship, Sir Nicholas Flamel and so on. And there are others that you will observe in the film, if you know the Potter lore by heart.

Here are 10 such Harry Potter Easter Eggs and References that we spotted in Fantastic Beasts: The Crimes of Grindelwald the film. Needless to say, BIG SPOILERS AHEAD!

Grindelwald Having His Own 'Worm Tail'

In that terrific opening escape scene, we find out that Grindelwald had made a brainwashed Auror take his place as the captive, whose tongue gets cut by the Ministry (thinking he was Grindelwald). After making his getaway, Grindelwald gives his new follower a new snake-like tongue. This is similar to a scene in Goblet of Fire where a resurrected Lord Voldemort gives Wormtail a new steel hand, after the latter cuts his appendage to restore his master to his former body. 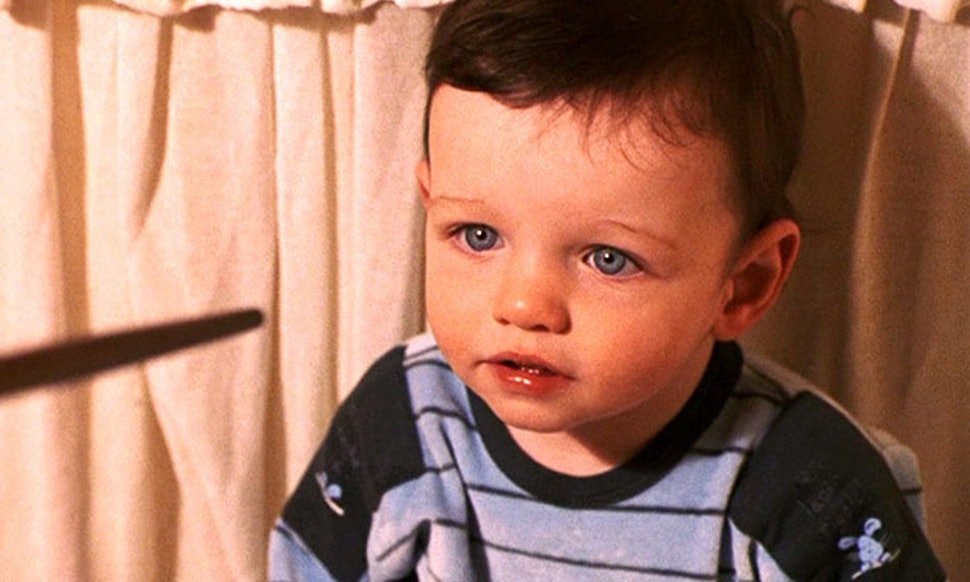 Grindelwald and his followers take over a French family's house in Paris, while searching for a mysteriously alive Credence there. They do that by killing the husband and wife living there, before Grindelwald finds they have a little son. He looks at the kid for a moment, and perhaps, he had a prediction or so, he lets his follower kill him. Sadly, unlike Harry Potter, this baby didn't have his mother's protection to save him from Avada Kedavra. 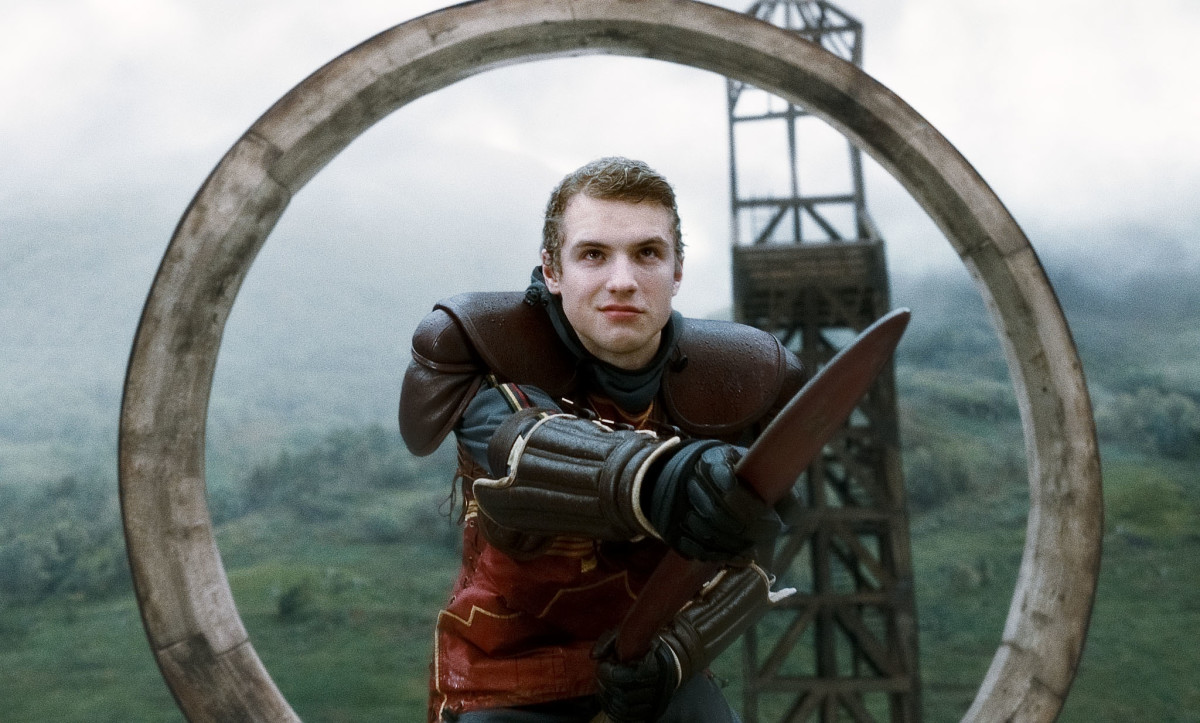 After the movie returns to Hogwarts (with its signature tune playing in the background, we see a young Dumbledore have his own Duelling Club. One of his students has the surname McLaggen. Keen fans of Harry Potter books will surely suspect him to be a relative of Cormac McLaggen, Gryffindor introduced in the sixth book who competed with Ron Weasley for the position of Keeper in the Quidditch team, as well as for Hermione's affections.

Surprisingly, Dumbledore is seen teaching Defence Against Dark Arts in the film. However, that soon comes to an end, when an irate Minister, angry that Dumbledore refuses to help them against Grindelwald, orders him not to teach DADA anymore. So is it from this moment that the curse began? 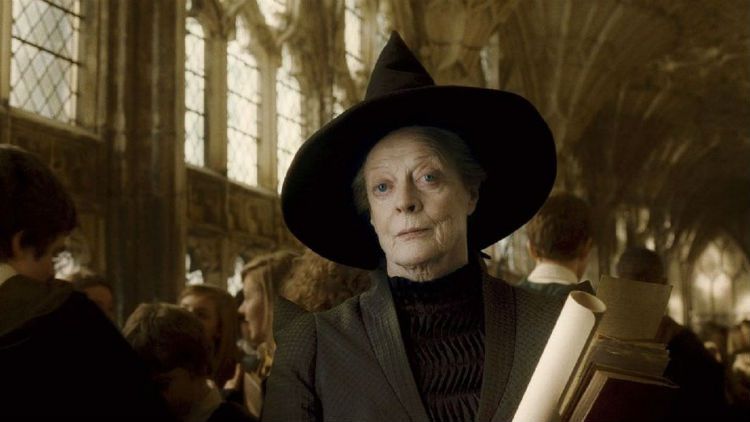 As the Ministry officials barge into the room where Dumbledore is teaching duelling, a harried young woman comes in apologising to Dumbledore for the intrusion. We are surprised when Dumbledore refers to her as McGonagall. The lady also makes an appearance later during Leta Lestrange's flashback scene. While my first doubt was it could be Minerva McGonagall, Harry's Gryffindor Head, I had read somewhere that she was born in 1935, the time where these movies are set. So did we meet her mother or some aunt?

In a very brief appearance, we see Thestrals carrying carriages and wizards being able to see them. Since only those who have seen death can see them, we wonder which tragedy had struck these people that so many of them were able to see Thestrals. Perhaps, World War I? or is it because most of them are Aurors? 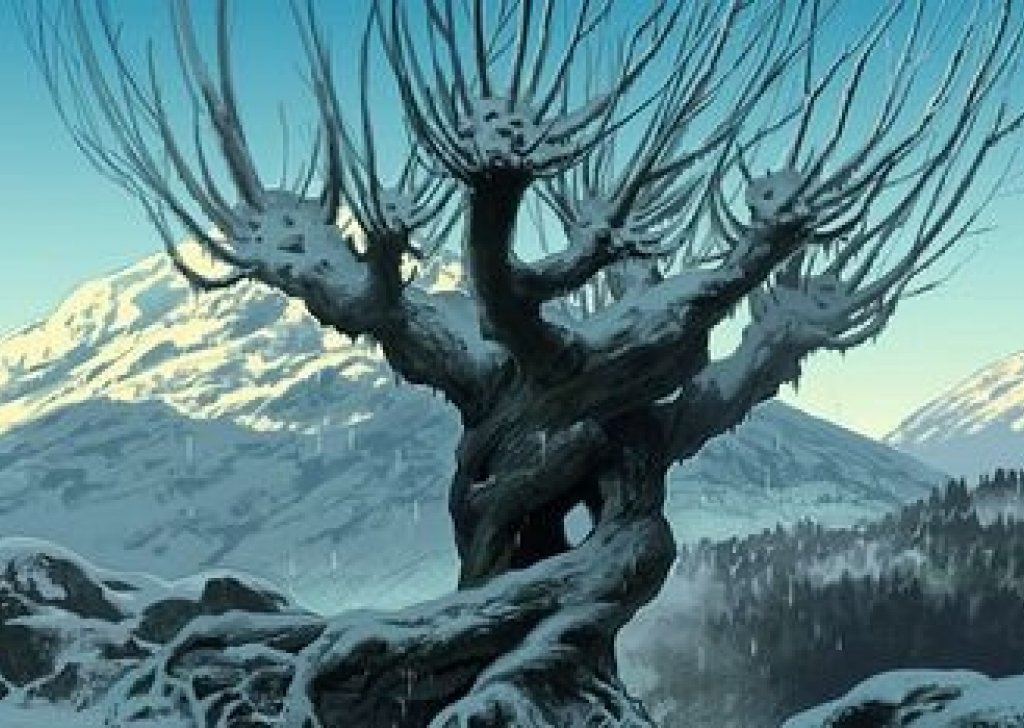 In Leta's flashback scene, a young Newt is seen taking a Bowtruckle out of a tree that looks suspiciously similar to the Whomping Willow of the Harry Potter films, though unnaturally still,  in school grounds. The only issue is in the third book, Prisoner of Azkaban, Lupin reveals that the Willow was placed on the grounds in the year he was a student there, which happens many years later. So which tree is this? 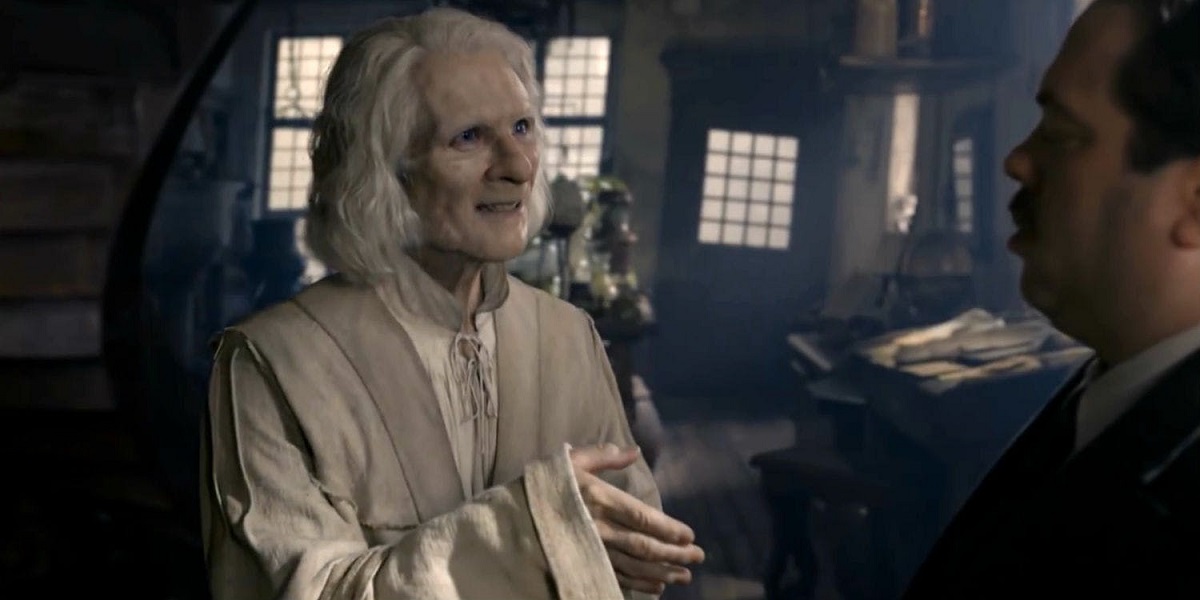 The trailers spoil the fact that we will be seeing the immortal Sir Nicholas Flamel, the inventor of Philosopher's Stone, in the movie. But what they didn't tell us that we would also be seeing the Stone itself in a scene where Flamel opens a cabinet to take out an album, and our eyes fall on a very glowing stone. 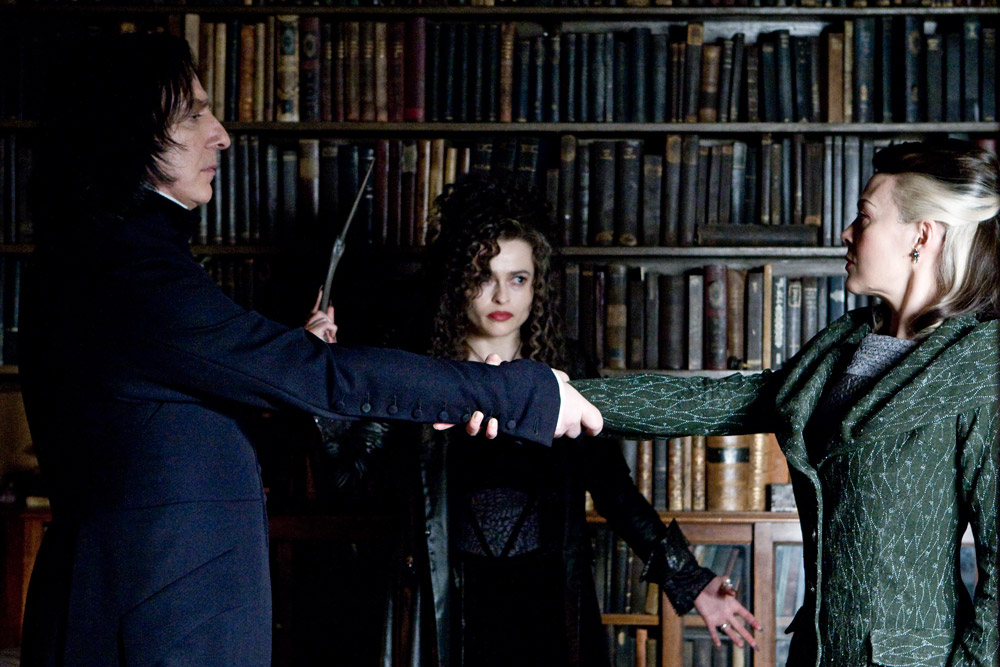 Leta Lestrange's half-brother, Yusuf Kama, had scars on his hand that is proof that he has taken an Unbreakable Vow to kill Leta's other brother, which could be Credence. Unbreakable Vow was a major plot point in the sixth book (and film), The Half-Blood Prince, where Severus Snape takes one with Draco Malfoy's mother to help him kill Professor Dumbledore.

The final scene has a couple of big twists. One, we learn that Credence could be a secret brother of Dumbledore (a logic that makes no sense, unless Grindelwald has been lying to him). Secondly, the little bird who he has been feeding in a couple of scenes turn out to be a phoenix, which, in all probability, is Dumbledore's favourite bird, Fawkes.

Have you seen Fantastic Beasts: The Crimes of Grindelwald? Did you notice more Easter Eggs that we didn't? Share your observations in the comments section below.