Noel Gallagher Not Keen On The Idea Of COVID-19 Vaccination, Singer Says ‘I'd Be Very, Very Wary Of Taking A Vaccine’

Noel Gallagher has been tested for the virus, and claimed he has "never had it" despite admitting to breaking rules. 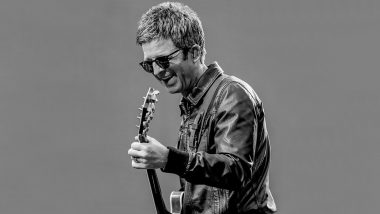 London, Nov 8: Singer Noel Gallagher is not keen on the idea of Covid vaccination, whenever it becomes available. "I get the washing of the hands and the social distancing and all that but when you've actually been now told to cover up your face. I don't mind other people wearing them," he said during a podcast, reports femalefirst.co.uk. Noel Gallagher Opens Up About His ‘Brutal Panic Attacks’ in the '90s Due to Cocaine Addiction.

"I'd be very, very wary of taking a vaccine. I don't even take tablets," said the former Oasis band member, adding that he takes a course of tablets for different things now because he is 53 and "starting the last leg". Tablets, though are his last resort, the singer added.

(The above story first appeared on LatestLY on Nov 08, 2020 01:03 PM IST. For more news and updates on politics, world, sports, entertainment and lifestyle, log on to our website latestly.com).