Uma Thurman Birthday: Best Movies Of The Hollywood Actress That You Can Add To Your Quarantine Binge-List

On Uma's birthday, we have narrowed down her movies so that you don't miss out on some of the coolest movies of hers. 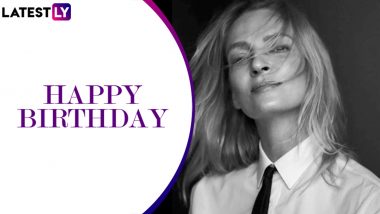 Uma Thurman, born on 29 April 1970, has her birthday today! The Hollywood actress is known to be one of the most versatile actresses in the industry. From romantic comedies to action entertainers, she has covered a large area in the space of acting. She first debuted on the cover of British Vogue, after which she landed into 1988 film Dangerous Liaisons. Since then, there is no going back for the shining diva. Here, take a look at 5 of her best movies if you feed on good on-screen performances. Uma Thurman Gives Haircut to Her Daughter Maya Hawke During COVID-19 Lockdown (View Pic).

The film is directed by Quentin Tarantino and easily one of the best movies noted till date. The movie derived inspiration from noir classics and gangster drama with amazing screenplay and performances. It received critical appreciation.

Once again a Quentin Tarantino classic, it is a no brainer that the series of films has been held high amongst the true movie-lovers. It is considered to be one of the most liked films of the actress. The movie revolves around Uma Thurman's 'The Bride' character that is on a revenge spree.

It is a science fiction film directed by Andrew Niccol. Uma joined the stellar cast of Ethan Hawke, Jude Law, Loren Dean, Ernest Borgnine, Gore Vidal, and Alan Arkin for this flick. It received nominations in for the Academy Award for Best Art Direction and the Golden Globe Award for Best Original Score in 1997.

This is a period romantic drama film directed by Stephen Frears. The film is based on screenplay writer Christopher Hampton's Les liaisons dangereuses which derives inspiration from a French novel with same name. The film was well-received by the critics.

On Uma's birthday, we have narrowed down her movies so that you don't miss out on some of the coolest movies of hers. Make sure you add these in your quarantine binge-list!

(The above story first appeared on LatestLY on Apr 29, 2020 09:20 AM IST. For more news and updates on politics, world, sports, entertainment and lifestyle, log on to our website latestly.com).