Zack Snyder’s Justice League: Jared Leto’s Joker Might Appear Only in Knightmare Sequence and the DCEU Timeline Is Proof of That (Theory) 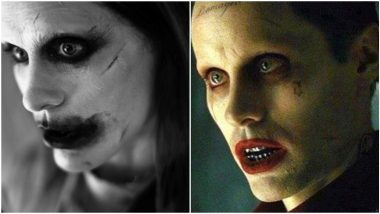 Jared Leto's Joker look in Zack Snyder's Justice League has been revealed and it has become a hotly discussed topic among the superhero geeks. The dishevelled, yet deranged appearance of his character in the stills is distinctly different from the look that Leto had while playing the same role in David Ayer's Suicide Squad, that was more flamboyant, and kinda stylish. There is no 'Damaged' tattoo on his forehead, and the Joker resembles more closely to Heath Ledger's look in The Dark Knight and Joaquin Phoenix in Joker. Zack Snyder’s Justice League: Jared Leto’s Joker Look Is Out and It’s Insane! Fans Think He Could Be Part of Batman’s Knightmare Sequence!

Going by his clothes, Joker seems to be in a hospital ward, which we presume to be in the infamous Arkham Asylum. What's more, an earlier revealed still of Ben Affleck's Batman shows he is standing in a corridor that has walls with similar shade of grey as the room Leto's Joker is seen in.

Our first full look at Jared Leto as Joker in #ZackSnydersJusticeLeague pic.twitter.com/fqXpVBcl1E

So fans have already piece together that Leto's Joker could be part of Batman's Knightmare sequence in the film. For the uninitiated, the 'Knightmare' sequence refers the realistic nightmares that Batman is having that is precursor to the doomed future of the world. We saw a glimpse of that in Batman V Superman: Dawn of Justice, when Batman sees a world run over by Parademons, and ruled by an evil Superman (Henry Cavill). It ends with Bruce Wayne seeing a vision of The Flash (Ezra Miller) presumably from the future claiming that Lois Lane (Amy Adams) is the key, before realising he came 'too soon', and disappearing! Bruce hadn't met The Flash before that.

Since Batman in the below still from Snyder Cut has him wear similar suit, fans predict this is from the Knightmare sequence in Snyder's new vision.

Brand new look at Knightmare Batman from the #SnyderCut 🦇@ZackSnyder confirms this is from 2020's shoot pic.twitter.com/xV49747VJd

As if that isn't a more conclusive piece of evidence that Joker in Zack Snyder's Justice League would only be in the Knightmare sequence, there is also the matter of the timeline. Zack Snyder’s Justice League: A Menacing Steppenwolf Smashing Amazonians in This Viral Video Clip Has Just Amped Up Our Excitement for Snyder Cut!

Now we had a proper Joker portrayal in DCEU in the 2016 film Suicide Squad. However, he was also hinted in BvS when Bruce looks stoically at what is presumed to be a dead Robin's suit with the words 'Ha Ha Ha! Joke's On You, Batman', which is a callback to the popular comic storyline 'The Killing Joke' where the Joker killed Robin.

Hereon, let's get into some assumption. After Joker might have killed Robin, Batman would have caught him and put him in Arkham Asylum, because he once used to have a no-killing policy. But the Batman we saw in BvS has no qualms in killing baddies, for the entire film, he is looking to destroy Superman, and later kills a bunch of Lex Luthor's (Jesse Eisenberg) henchmen while saving Martha Kent (Diane Lane). So did the fact that the killer of his mentee is still alive tormented Batman so much that he himself turned into a killer? 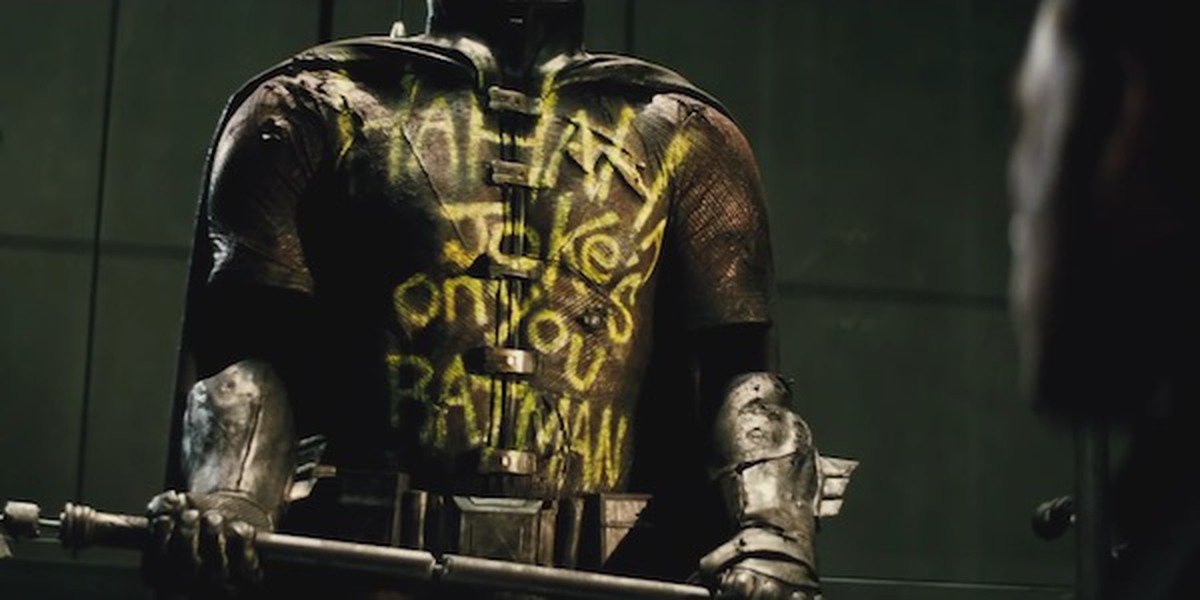 With that fascinatingly dark thought in mind, let's go back into facts. Suicide Squad the movie happens after the events of Batman v Superman: Dawn of Justice and features a cameo from Batman (also, The Flash). In the movie, Joker is now a mob boss, a club owner and a very flamboyant deranged psychopath. At the end of the movie, Joker is very much alive, having saved his girlfriend Harley Quinn (Margot Robbie) from prison.

The negative reception to Suicide Squad, especially how underused Joker was in the film, left Jared Leto so disappointed that he left the franchise and he joined Sony's Spider-verse to be their Morbius. Leto and the director David Ayer insisted that there was more footage of Joker which was cut from the film due to studio meddling, an accusation that also stuck to Justice League. Justice League Fans Call For Warner Bros To Restore The Snyder Verse By Trending It On Twitter.

Leto's Joker was never seen in another DCEU movie again, with absolutely no mention in the Justice League movie that we saw in 2017. However, the post-credit sequence in the film brought Lex Luthor and Deathstroke (Joe Manganiello) to form a potential League of Assassins.

Joker was later referenced in last year's Birds of Prey, where he had broken up with Harley Quinn and abandons her. Leto, however, didn't reprise his role, therefore forcing the makers use a double and old footage to put up his depiction. That said, even when absent, Joker is still a dangerous presence throughout Birds of Prey, and is presumably still a crime boss. Birds of Prey Movie Review: Fantabulous, Brilliant, Super Fun and Entertaining, that's Margot Robbie and her Team for You.

Unless told otherwise, Birds of Prey is set after Justice League, so therefore that means Joker has still not been caught by Batman (if he had been, a talkative Harley would have mentioned that). What's more, the Joker we saw in the stills of Zack Snyder's Justice League are devoid of his infamous tattoos and green hair. So we can assume that this is the image of the Joker imprinted in Bruce Wayne's mind after he had caught the Clown Prince of Crime before the events of Suicide Squad, and he is revisiting the ghost of his past for the guilt he has in Superman's death. Forget Justice League Snyder Cut! 11 Bollywood Movies Whose Director’s Cut Fans Should Start Campaigning for Right Now!

Still, why do we believe that Joker's portions in Snyder Cut would only be limited to Knightmare sequence? Leto was recast only for the reshoots of Snyder Cut, and not for the actual Justice League, as per reports, and the shoot wasn't long enough, as per reports. His reappearance as Joker is more of a fan-service by Snyder so that fans can have just one more moment of Batman talking to Joker. Suicide Squad never gave that opportunity, even though it featured a scene of Batman chasing Joker and Harley Quinn.

Snyder had said, "Fans deserved (this) from the DC Universe. It seemed uncool to me that we would make it all the way through this incarnation of Batman and Joker without seeing them come together." With the film focussing understandably more on the bigger fish to fry, like Steppenwolf and his master, Darkseid, Joker might not have much scope in Snyder Cut. Save for what he brings to Batman story.

(The above story first appeared on LatestLY on Feb 10, 2021 04:48 PM IST. For more news and updates on politics, world, sports, entertainment and lifestyle, log on to our website latestly.com).