Popular Talent Agent Rajit Kumra Is a Guaranteed Name for Success in Bollywood and Pollywood Today!

Rajit Kumra and his popularity in the Hindi & Punjabi film industry is known to everyone from the fraternity. He has been associated with Indian films for almost around two decades now and has been a pro in Talent Management and Business Development of films, television and advertising. 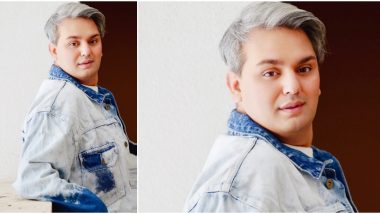 Rajit Kumra and his popularity in the Hindi & Punjabi film industry is known to everyone from the fraternity. He has been associated with Indian films for almost around two decades now and has been a pro in Talent Management and Business Development of films, television and advertising. He started his career as comperer and conceived annual fashion shows for INIFD in the year 1999 from his hometown, Chandigarh. He later moved to Mumbai and became Personal Assistant to Ex-Miss Universe/ Actor - Sushmita Sen in the year 2000. In the years 2001 and 2002, Rajit tried his hand as an entertainment reporter for Star Plus and simultaneously also did post-production programs for B4U channel. Experimenting with different fields all connected to entertainment business, he has also worked as costume stylist for many projects and also assisted top directors like Farah Khan and Anees Bazmee for the films ‘Main Hoon Na’ (2004) and ‘Welcome’ (2007) respectively. As a costume stylist he started styling for a comedy show, ‘The Great Indian Laughter Challenge’ and soon after worked as a stylist for several Hindi & Punjabi feature films. He has also styled various celebrities over the years for a lot of red carpet events and photo shoots.

By the end of 2007, he realised what he wanted to do and then he began to work as an independent Business Manager to renowned designer Neeta Lulla and Make-up artist Cory Walia. He handled endorsements, films and shows for them which included brands like Absolute Vodka, Spinz Deodorant, Gitanjali Jewels, Pantaloons, Lakme, Dabur to name a few. During that time, Rajit was also a part of films like ‘Fashion’ and ‘Billu’. After gaining experience for few years, he got an opportunity to work with Yash Raj Films Talent Division as an associate head Talent Management from 2010 to 2011. His next worked for Talent Mantra from 2011 to 2015 where he managed the accounts of Huma Qureshi, Aditi Rao Hydari, Abhay Deol, Chitrangda Singh, Shruti Haasan and many other celebrities. Be it promoting talent, image building or public relations, Rajit Kumra has made sure to provide opportunities to every talent to prove their metal as an artist.

After having a good experience in this industry, he is now working as an independent talent agent for various Artists and also sets up films for various production houses ,last being Punjabi film Nikka Zaildar 3 for Viacom 18. In the past he has represented Sonam Bajwa, Kulraj Randhawa , Aditi Sharma, Dolly Ahluwalia , Wamiqa Gabbi ,Mandy Takhar & Parul Gulati from Hindi and punjabi film industry and has been a consultant to Diljit Dosanjh & Shraddha Kapoor. His last association was with Film Maker -Anees Bazmee ,where he set up his production house for him and worked on ‘Pagalpanti’ which is his next directorial and releases next month, after which they parted their ways on an amicable note. Apart from films, he has also negotiated endorsement deals for artists and helped them feature on several covers of the top magazines & publications.

With having incredible management skills, he also has expertise in marketing and PR and has worked for Punjabi films like ‘Channa Mereya’ and ‘SardaarJi2’. He also Blogs on Punjabi film fraternity and reviews their films. He’s also considering to start his own chat show dedicated to Punjabi film fraternity. He is one of the promising names in the industry today who shares a great camaraderie with many directors and producers of B-Town. Lastly, we thank him for discovering the actors and promoting talent in the best possible way who have proved their potential in every sense. We hope that Rajit Kumra continues with his phenomenal work and finds more of such talent in the Hindi & Punjabi film industry.