Bejoy Nambiar is always associated with deep, dark and delectable movies which make you think. But did you know that journey began with none other than Mohanlal? Yes, on Nambiar's birthday, here's what you need to know about his debut film. 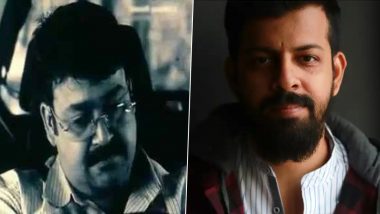 Bejoy Nambiar is associated with a brand of cinema that goes deeper into the human psyche, is dark and grungy, and leaves you wanting for more. Many of his directorial have been stupendously praised. And that comes from the fact that the man always thought differently when it came to cinema. In fact, his stories have always been so interesting that the mighty Mohanlal agreed to work in his first short film, Reflections. It's a story about a man who is sitting in a cafe and imagining himself in the shoes of others in the cafe to know he would react in that situation. It's a silent film. Taish Director Bejoy Nambiar on ‘Exploring and Rediscovering Actors’ Through His Works

Speaking about how Bejoy got Mohanlal to say yes to him, the director told Rediff, "It was really wishful casting but not difficult. "As soon as I narrated the script and explained the concept to him, he was on board. The difficult part was fixing the appointment with his secretary," he recalled. We dug up the film on YouTube just for you. Taish’s Bejoy Nambiar Believes South Producers Are More Willing to Take Risks With Experimental Storytelling

(The above story first appeared on LatestLY on Apr 12, 2021 08:10 AM IST. For more news and updates on politics, world, sports, entertainment and lifestyle, log on to our website latestly.com).