Bigg Boss Malayalam 3 Winner: Manikkuttan Bags the Trophy on Mohanlal's Reality Show, Here Is All You Need to Know About the Actor

Manikkuttan is quite popular in the South and has many big banner films attached to his name. While Manikkuttan is his stage name, Thomas James entered the film industry with Kayamkulam Kochunni. He became a household name with a few projects to his credit. 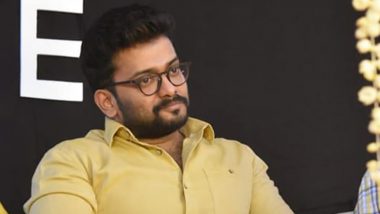 Amongst the eight contestants including Anoop Krishnan, Dimpal Bhal, Manikkuttan, Kidilan Firoz, Sai Vishnu, Ramzan Muhammed, Rithu Manthra and Noby Marcose, Manikkuttan bagged the winner's trophy for Bigg Boss Malayalam 3. Sai Vishnu became the first runner-up. The actor had been one of the strongest contestants in the house and even after seeing so many ups and downs during the game, he played the game headstrong and won everyone's heart. Bigg Boss Malayalam 3: Mohanlal Hosted Reality Show Temporarily Suspended; Set Sealed for Violating Lockdown Rules.

Manikkuttan is quite popular in the South and has many big banner films attached to his name. While Manikkuttan is his stage name, Thomas James entered the film industry with Kayamkulam Kochunni. He became a household name with a few projects to his credit and was appreciated for his work by the audience. He became the audience's favourite with his Malayalam TV show, where he played the titular character, Kochunni, in the biopic serial of the infamous thief of Kerala. The actor is still remembered for this role of his.

Check Out  Picture Of Munikkuttan Taking The Trophy Below:

Actor #Manikkuttan is the winner of #BiggBossMalayalam3 .. @Mohanlal says he will return as host for season 4

The actor used to juggle between his college and shoot and eventually gave up the role to finish his studies. Talking about the same, he had once told ETimes-TV, "I attended the audition for a supporting role in the serial. I was surprised when I got selected for playing the youth of Kayamkulam Kochunni. I wasn't confident enough to do it.

I panicked when I realised that I have to essay the character which was once done by legendary actor Satyan in the movie version of the story. Initially, I was assigned to do only 8 episodes, thanks to the audience support, I completed 200 plus episodes playing the ever-loving thief."

After completing his studies, he returned to acting and made his movie debut with the movie, Boy Friend. He went on to do films like Chotta Mumbai, Positive, Kurukshetra to name a few. He was loved for his strong character in the Mammootty starrer period drama, Mamangam. Manikkuttan also tried his hands at anchoring and was seen as a host on many reality shows as well. Mamangam: Ranking All of Mammootty’s Period Films From Worst to Best; Where Does His Latest Movie Fit In?

On Bigg Boss Malayalam 3, the Malayali actor headlined the news when he has quit the show in between. Talking to Bigg Boss, he had said, "Bigg Boss, I entered the house with the dream to complete 100 days in the game. But, now I am afraid to continue in the house. 15 years of my film career, my family, my dear ones, I know I had many dreams but I am leaving all that at this moment. I am sure about this decision." He, however, returned to the house only to win the game. Congratulations to the star!

(The above story first appeared on LatestLY on Aug 02, 2021 12:34 PM IST. For more news and updates on politics, world, sports, entertainment and lifestyle, log on to our website latestly.com).