On September 15, 2019, the announcement of Lady Superstar Nayanthara’s 65th film was made. It was confirmed that she is playing the lead in the film titled Netrikann that will be bankrolled by her beau, Vignesh Shivan. 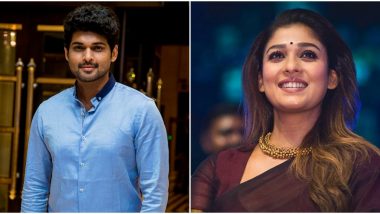 On September 15, 2019, the announcement of Lady Superstar Nayanthara’s 65th film was made. It was confirmed that she is playing the lead in the film titled Netrikann that will be bankrolled by her longtime beau, Vignesh Shivan, under the banner of Rowdy Pictures. Nayanthara who has never feared to take up challenging roles, would be seen playing the role of a visually impaired girl in this movie. Fans have been waiting to hear update on this upcoming flick, and here is one! As per a report in TOI, south actor Ajmal Ameer has joined the cast of Netrikann. Nayanthara’s Next Film Netrikann to Be Bankrolled by Beau Vignesh Shivan.

In an interview to the leading daily, Ajmal Ameer confirmed that he is on-board for Netrikann and also started shooting for the film. However, the due to the coronavirus scare in the country, the makers have reportedly stalled the shooting and instead, workshops are been conducted. About it the actor was quoted as saying, “I started shooting with Nayanthara on the first day itself. Right now, we have stopped the shooting owing to Coronascare. But whatever little I worked with the team, I can say that they are a hardworking bunch, who didn’t waste even a single minute. Right now, we are doing workshops.” Nayanthara and Vignesh Shivan’s ENGAGEMENT to Happen Soon?

Netrikann is directed by Milind Rau. In the interview Ajmal Ameer admitted how he expressed his desire to work with the director in his next project. He was quoted as saying, “I had seen Milind’s Aval. I loved the film and congratulated him on making such a technically brilliant movie. I even expressed my desire to work with him on his next. Luckily, he called me when he was working on this script. I confirmed it even before I listened to the narration. Once I heard the script, I was even more kicked about this film.” As per reports, 80% of the shooting is completed. We’ll have to wait and watch when the team will resume to complete the rest of the shooting of Netrikann.

(The above story first appeared on LatestLY on Mar 18, 2020 12:24 PM IST. For more news and updates on politics, world, sports, entertainment and lifestyle, log on to our website latestly.com).