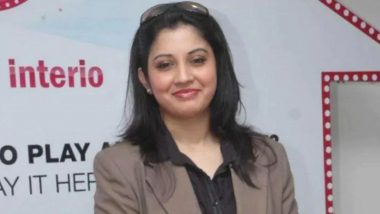 Tamil actress Vijayalakshmi uploaded a shocking video on her Facebook account stating that it would be her last video and has decided to end her life by consuming tablets. As per reports, the actress has now been admitted to a private hospital after she allegedly tried to die by suicide. In the video posted by the Tamil actress, she also cited harassment by followers of Seeman and Hari Nadar as the primary reason that drove her to take the extreme step. Vijayalakshmi also added that her death should be an eye-opener and appealed to her fans not to let Seeman and Hari Nadar getaway.

As per the video shared by the actress on her Facebook account, she said, "This is my last video. I have been under extreme stress in the last four months because of Seeman and his party men. I tried my best to survive for my family. I have been humiliated by Hari Nadar in the media. I have consumed BP tablets. In some time my BP will be low and I will be dead."In the shocking video, the actress also asked her fans who are watching the video to take care of her mom and sister and also not to let Seeman or Hari Nadar get anticipatory bail.

Vijayalakshmi has famously starred in Friends, Boss Engira Bhaskaran and Meesaya Murukku. A health update on her condition after she was taken to Chennai's private hospital is yet to be provided.

(The above story first appeared on LatestLY on Jul 26, 2020 10:27 PM IST. For more news and updates on politics, world, sports, entertainment and lifestyle, log on to our website latestly.com).