American singer-songwriter Taylor Swift recently revealed that she is no longer in a legal dispute with the Evermore theme park in Utah over the name of her recent album. 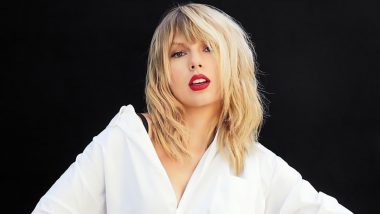 American singer-songwriter Taylor Swift recently revealed that she is no longer in a legal dispute with the Evermore theme park in Utah over the name of her recent album. According to People magazine, the Grammy winner behind the album 'Evermore' is no longer in a legal battle with Evermore theme park. Her spokesperson said that "As a resolution of both lawsuits, the parties will drop and dismiss their respective suits without monetary settlement." There was no response from the representative of Evermore park. Taylor Swift Calls Out Netflix Show Ginny and Georgia That Makes a Misogynistic Comment About the Blank Space Singer.

After the release of Swift's 'Evermore' album back in December, Evermore Park had filed a trademark infringement lawsuit against her in February. They claimed that by naming her album 'Evermore', Swift was causing "actual confusion" that was having a negative impact on the park. They had also argued that the 'Evermore' merchandise by Swift was offering similar products as Evermore Park and that her clothing pieces were counterfeit due to Evermore Park's trademark on the name. The lawsuit sought that "Not more than USD 2 million per counterfeit mark." Taylor Swift Files Counter-Lawsuit in Escalating Theme Park Battle.

Later that month, TAS Management, which handles the rights to Swift's music, countersued the theme park. They argued the park had been using Swift's songs like 'Love Story', 'You Belong with Me', and 'Bad Blood' in performances without proper license, and ignored "numerous notices" regarding the alleged copyright infringement.

But now, finally after all this "actual confusion" it seems to be all right in the worlds of Evermore. Swift can go back to releasing even more music on top of the record that earned her a third album of the year Grammy Award this month. As per People Magazine, Swift announced that her first 'From the Vault' song from Fearless (Taylor Swift's Version), which is a re-recording of her second studio album, will come out this week. It will feature Maren Morris singing background vocals on the track.