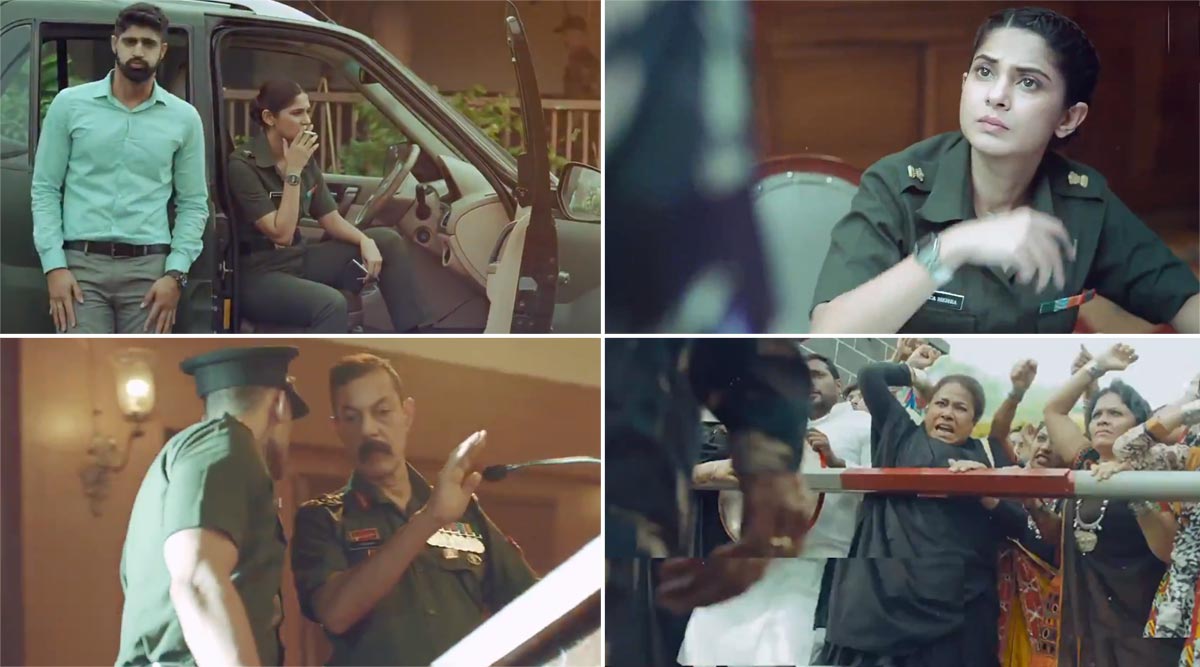 After dropping a kickass trailer of Code M on the internet, ALTBalaji has now released another bomb which is it's title track, "Fauj Ki Dahaad." The track is basically a rap, totally high on energy.  In this, we see the protagonists Jennifer Winget and Tanuj Virwani on a chase, hunt and capture spree. If one is a fan of Gully Boy music album, this rap track is sure going to impress them. It might also remind you of 'Sher Aya Bhaag' track from the Zoya Akhtar directorial. Code M Trailer: Jennifer Winget's Badass Look as an Army Lawyer is Impressive and the Intriguing Storyline is Sure to Leave You Wanting for More (Watch Video).

We have all seen melodious title tracks by Ekta Kapoor through her daily soaps. They are still a part and parcel of our childhood. However, this is a new experiment done here and sure is a worthy one. By the visuals of the track, we get a hint of what will we get to see in the series. Jennifer looks hot and bold and is in all form to pack some punches. On the other hand, it will be interesting to see her khatta-meetha bonding with team mate who is also her ex, played by Tanuj. Check out the video below.

The thrilling series created and produced by Juggernaut Productions for Ekta Kapoor’s online streaming platform ALT Balaji will also be on ZEE5. Jennifer plays an Indian Army Lawyer Monica Mehra who is involved in an encounter case. The ambitious series is streaming from January 15, 2020. We totally loved the title track as much as we loved the trailer!