Game of Thrones: 10 Unanswered Questions That’re Still Lingering in Our Minds a Year After Its Controversial Finale 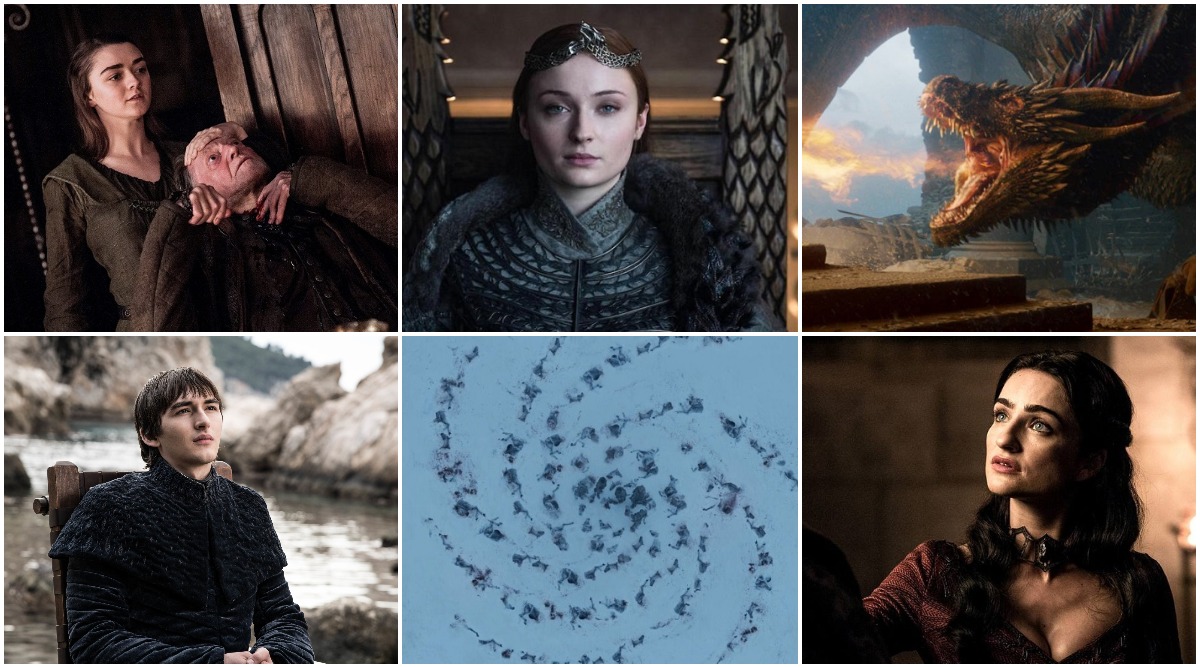 On May 19, last year, the biggest television show of all time ended its eight season march. Game of Thrones, produced by HBO, is considered as one of the most followed series of all time, and is going to be preserved in cultural significance for a long, long time. Based on author George RR Martin's books (Song of Fire and Ice), Game of Thrones has a strong solid fan base, who continues to refer to its iconic characters - Tyrion Lannister, Jon Snow, Arya Stark, Daenerys Targaryen, Cersei Lannister, Sansa Stark, The Night King, The Hound and more. Or its immensely quotable quotes. Or the many many memorable moments. Sophie Turner Birthday: 5 Best Moments of the Actress on Game of Thrones as Sansa Stark (Watch Videos).

Many fans would agree that the first four seasons of the show were the best, before Game of Thrones dropped the quality stakes with the rest of the series, going more for spectacle than character building. An allegation that sticks true to the final two truncated seasons, that offered many spectacular visuals but very rushed storytelling and dubious character turns. Many blame it for the writers trying things on their own, having diverted from the books after season 5.

The last season, especially, left the fans so disappointed that there was a petition raging on to redo the entire season. That's not gonna happen anyway, but the outrage was such that the speculations claim that it caused Disney to drop showrunners David Benioff and DB Weiss from their Star Wars plans. While we are still annoyed that the show didn't went the way we wanted it to, in its desperate efforts to surprise us, we can't deny that Game of Thrones' indelible impression in our minds will not go away for a long long time. House Of The Dragon: Game Of Thrones Spin-Off Eyes to Premiere in 2022.

Which also goes for these 10 questions that continue to linger after in our minds, even after a year that the show has ended. 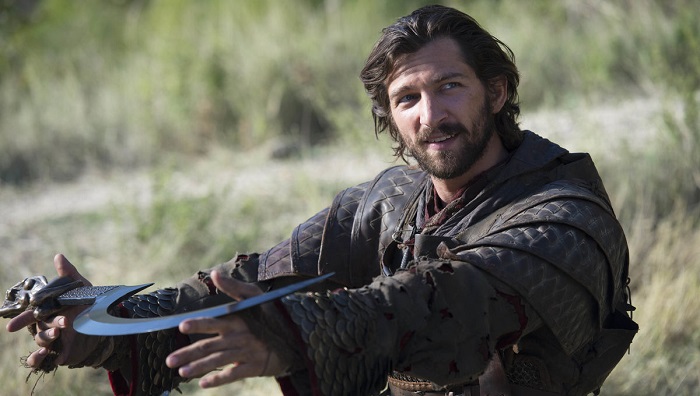 Before she bedded her nephew Jon Snow (unknowingly, but doesn't care later), Dany's big love was this former mercenary turned personal bodyguard. On the advice of Tyrion, she ends her relationship with him and asks him to take care of Meereen. That was in season 6. Two seasons thereon, there was no mention of him or whether he even heard of his former lover's death.

Why did Drogon Burn The Iron Throne? 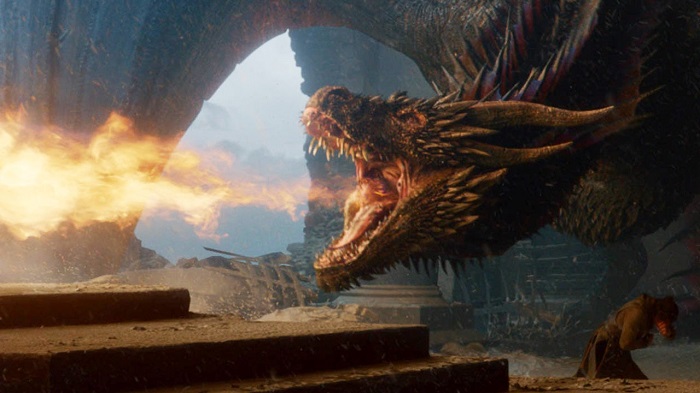 Okay, I get it that the Iron Throne represents the corruptible sense of power, and the great Drogon burning it after finding his Mother dead is kind of symbolical for the end of power-hungry monarchy. But Drogon has never seen the throne before and he is still a silly dragon. Maybe he was just frustrated that he couldn't burn up Dany's killer, Jon Snow, him being a Targaryen and all, so took his frustration on the Throne. While we are at it, where did he take Dany's body?

Why Does Arya Never Use Her Face-Swapping Skills? 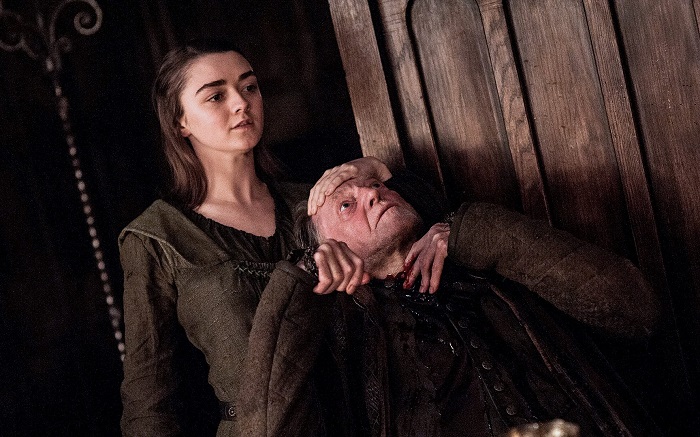 Arya Stark did pull a Major win in the final season by killing the Night King, though she was the least eligible person to do so, having no contact with the Whitewalkers before. But she is an assassin and should have killed some other people in her kill-list. Like Cersei Lannister, for example. Also why did she ditch her face-swapping skill that she last used to kill Walder Frey back in season 6?

Did Kinvara Fail In Her Prophecy? 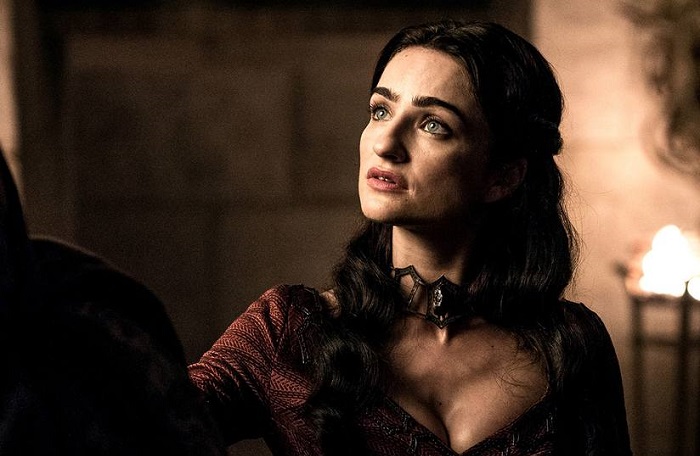 Back in season 6, we meet this mysterious High priestess Kinvara who prophesied that Daenerys Targaryen was the hero that was promised. We all know how that turned out, as not only did the writers forgot the prophecy but also this lady, who is never mentioned again. BTW, she mentions to Varys about a voice he heard while he sacrificed his man-parts to fire. What was that about?

What Happened to Septa Unella and Ellaria Sand? 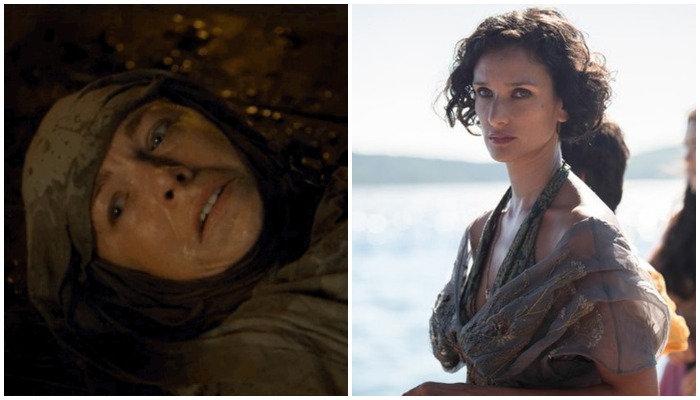 Last heard, both Septa Unella and Ellaria Sand were in the capture of Cersei Lannister, alive but getting tortured. So what happened to them? Did the destruction of King's Landing kill them? Or did they dies much before that due to hunger and torture?

How Did North Get Its Independence? 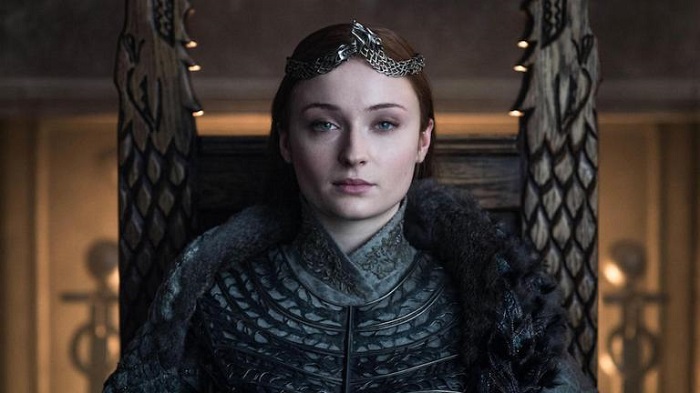 Sansa Stark Crowned the Queen of the North

We can see that there was partiality shown by the new King Bran in giving Sansa the sovereignty to make Winterfell independent, at her mere request. If it was granted so easily, why did the other kingdoms allow it, or rather, not ask for their own independence? Were they not sure that they could do well without Bran's supervision?

Why Were People Still Being Sent to The Wall After End of The Long Night? 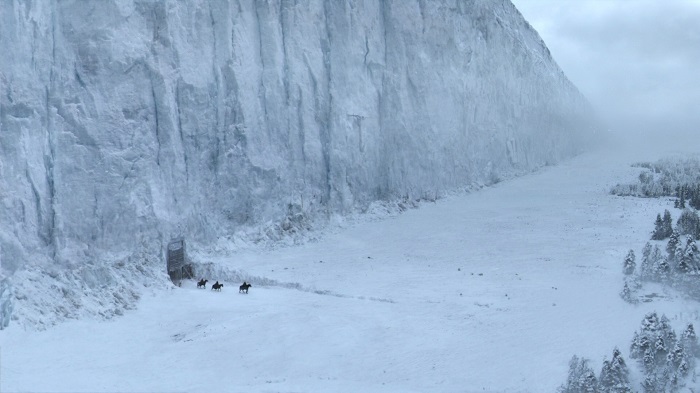 The Wall specifically built to keep the White Walkers at bay, and later to keep the Wildlings away. By the end of the show, the White Walkers were gone for good, and the Wildlings were now on a friendly footing with Northerners. So why the need for a Wall, that was already destroyed by the Night King using an undead Viserion? Or for the matter, sending Jon Snow there as punishment?

What's The Deal With The Night King's Army? 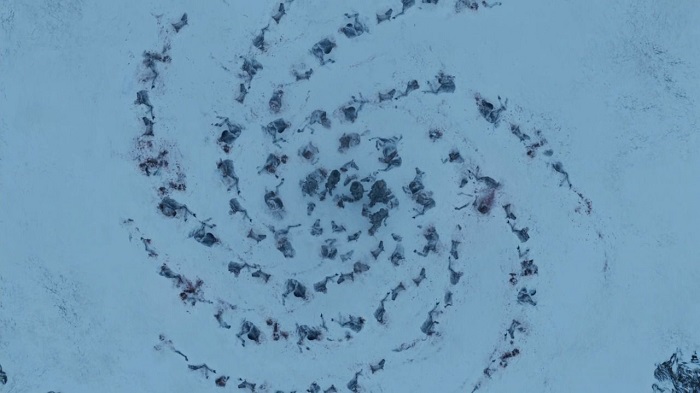 While we are talking about the Wall, seriously, what was the whole deal with the Night King and his army of the undead? We are still in the dark about the intention of their slow march to the Land of the Men, and their sudden obsession with Bran Stark. Or for the matter, the significance of their calling card, the circular sigil that they make with the dead bodies?

What's Up With The Iron Bank? 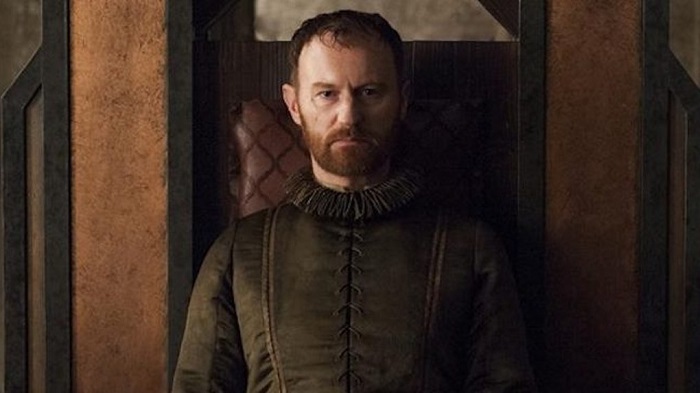 Tycho Nestoris of The Iron Bank

The Lannisters have taken up enough debt with the formidable Iron Bank, who also lent them money to hire the Golden Company. That really went well, didn't it? Now that Cersei is no more, how will the Iron Bank replenish its losses? Will King Bran pay up the debts? 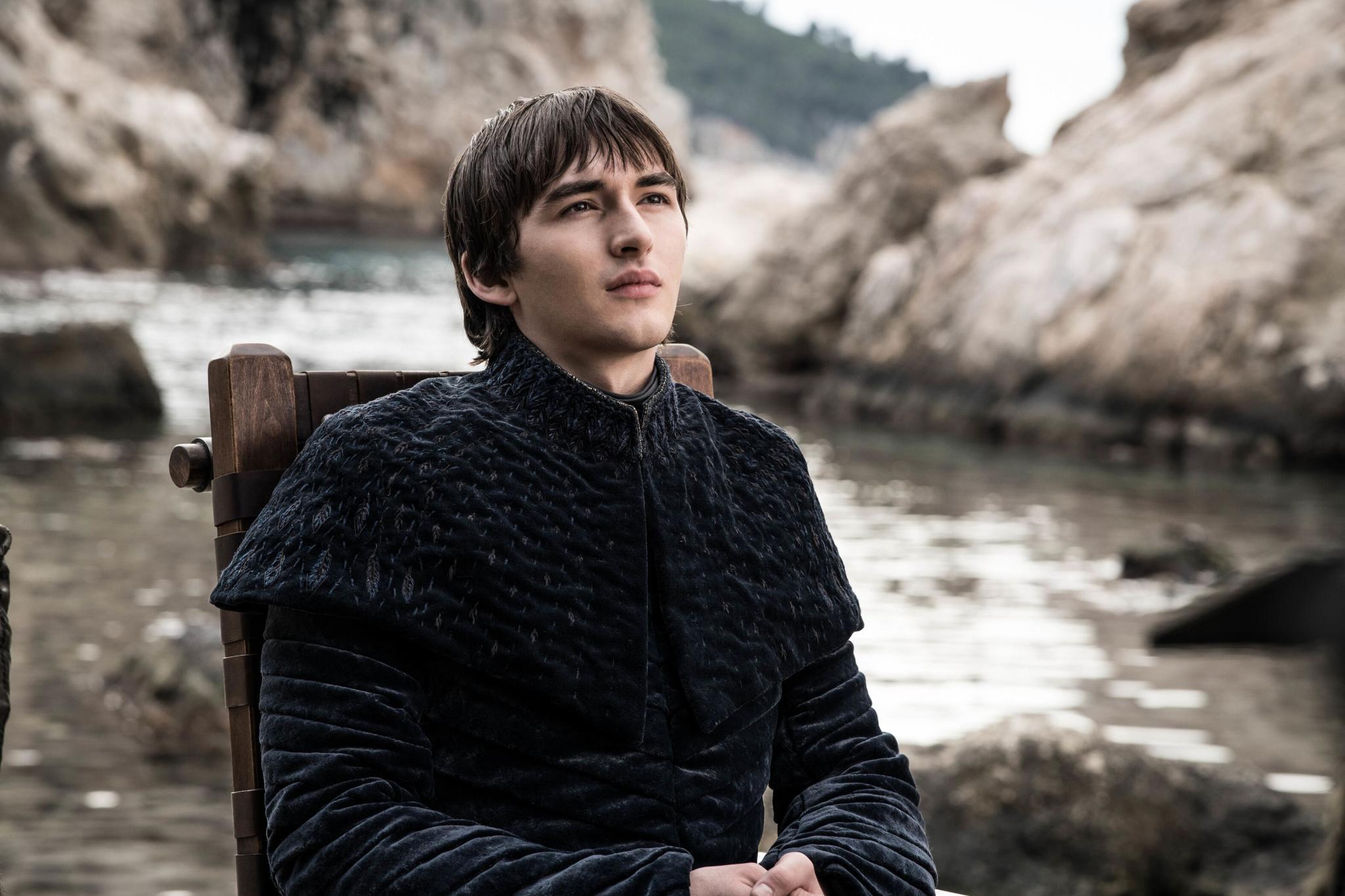 The final episode of Game of Thrones made some very dubious job placements. Like Bronn as Master of Coin instead of Master of War. Tyrion as the Hand, despite doing a really bad job at it - two times at that! Sam being Grand Maester despite being married and having abandoned his education. But the most WTF vacancy-filling was that of Bran himself as the King of Westeros. It still makes no sense, considering he once rejected being called the Lord of Winterfell. Even Tyrion's reasoning for choosing him as the king for being the one having a good story to tell, makes no sense. For everyone else had a better story to tell than Bran (who the show even forgot for one whole season). Even Gendry had a better claim to the throne and a better story to tell, or for the matter, Tyrion himself. Remember Bran can see the future - he knew Arya would kill the Night King and hence gives her the dragon glass one season before. So there is high chance that he had also seen Daenerys' destruction of King's Landing beforehand, and did nothing about it. Do you really need such a man to be your king?