Mirzapur season 2 dropped earlier than the announced date - a delight for the fans. Even before the full season was released, film critics were provided with screener links to the first two episodes. Although, the review embargo was only lifted once the episodes were out, which sometimes is not aa good sig 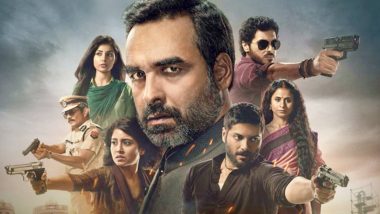 Mirzapur season 2 dropped earlier than the announced date - a delight for the fans. Even before the full season was released, film critics were provided with screener links to the first two episodes. Although, the review embargo was only lifted once the episodes were out, which sometimes is not aa good sign. Well, the words of the critics are out now for the world to read. For the most part, the critics have praised the show, with compliments directed towards the actors. The praise for writing is not unanimous, however. Here's what the critics are saying about the web-series. Mirzapur 2: Amazon Prime Video Surprises Fans, Drops The Whole Second Season Before It's Original Date.

Hindustan Times' Jyoti Sharma Bawa wrote, "In a show brimming with some of the best actors in Hindi cinema today, Pankaj is still playing in a different category. With his deadpan expressions and quiet dignity, he remains the star of the show even as everyone delivers solid performances around him. Ali Fazal plays Guddu like a man tormented, who seems to be wondering ‘what if’. Shweta Tripathi also brings a quiet resolve to Golu." Mirzapur 2 Full Episodes in HD Leaked on Telegram Channels & TamilRockers Links for Free Download and Watch Online; Ali Fazal’s Amazon Prime Video Web Series Faces Piracy Threat?

News18's Rohit Vats wrote, "Mirzapur 2 delivers the fun it promised. They fight, you enjoy, end of story. There is nothing to take back except remembering a few punchlines and using them on your friends. And if you take Mirazpur seriously and think of it as a pertinent comment on UP’s socio-political conditions then you might need a counselling session with Kaleen Bhaiyya. He might ask you to test his home-made pistols!"

IndiaToday.in wrote, "The bloody world of Mirzapur seems to be bloodier in the second season, with revenge, lust for power, and greed echoing in every heart."

KoiMoi wrote, "From the writers to the directors, everything is perfect in the initial episodes and special mention to the creative directors of the show for having an eye on the detailing." Mirzapur 2 Review: Too Many Characters and Plotlines Spoil the Fun in Pankaj Tripathi, Ali Fazal’s Web-Series.

dnaindia.com's Mugdha Kapoor wrote, "To sum up, in ‘Mirzapur 2’ several innocent lives are lost once again, there is bloodshed, violence, and a lot of drama as unexpected companionships and alliances are formed and new bonds develop while old ones wither away. But, the two things that form the core of ‘Mirzapur 2’ are greed for power and determination to seek revenge."

LatestLY's in-house film critic, Sreeju Sudhakaran, wrote, "With the infusion of more plotlines like the Bihar connection, Kaleen's political journey and a couple of romantic subplots, things begin to drag. Mirzapur 2 should also have been a couple of episodes shorter, saving us from the excruciating wait for Golu and Guddu to clash with Kaleen and Munna."

(The above story first appeared on LatestLY on Oct 23, 2020 10:39 AM IST. For more news and updates on politics, world, sports, entertainment and lifestyle, log on to our website latestly.com).