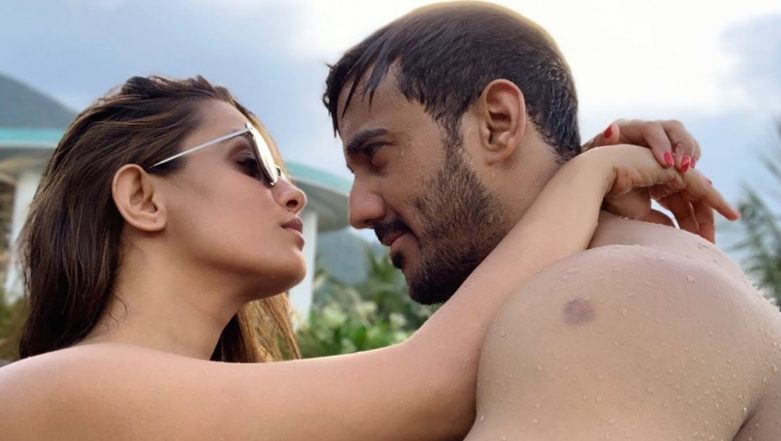 Nach Baliye is back with its 9th season and with Salman Khan being at the helm of things, it seems like it will be interesting. Starting with the concept, this time around ex-couples will also be a part of the show. Nach Baliye 9 will see 5 ex-couples and 5 current ones take part in the show. And while most promos have been dropped by the makers, a piece of news that came in recently left us surprised. It was being said that hottie Anita Hassanandani and her husband Rohit Reddy, are the highest-paid Jodi on the dance reality show. Nach Baliye 9: Is Anita Hassanandani the Highest Paid Contestant on Salman Khan’s Dance Reality Show?

And while the speculation is still going on, a report in Mid-day states that the amount is Rs 30 Lakhs per episode. Yes, that’s the amount that the Naagin 3 actress and her entrepreneur hubby are getting paid for every episode.

It was also reported that Anita and Rohit were approached for previous seasons of the show as well but with budget issues and negotiations not working out, the duo never signed on the dotted line. But looks like this time around, things fell into place. Nach Baliye 9: THIS Is the Amount That Makers Are Spending on the Show’s Promotions!

Salman Khan takes over as the producer for Nach Baliye 9 and the show already seems larger than life. The premiere episode of the show will air on Star Plus for three days and Nach Baliye 8’s top 3 jodis (Vivek Dahiya and Divyanka Tripathi shot for their dance performance but had to bow out of the show due to the former’s hospitalisation) will be seen performing. Also, with makers having spent Rs 4 Lakhs only on a single promotional activity so far, we can only imagine how much grand will the entire show be. This season will be judged by Raveena Tandon, Ahmad Khan and Ali Abbas Zafar and will be hosted by Maniesh Paul.