Paatal Lok: Gul Panag's 'Mrs Renu Hathiram Chaudhary' Is Loveable Yet Subtly Complex And It Should Not Go Unnoticed 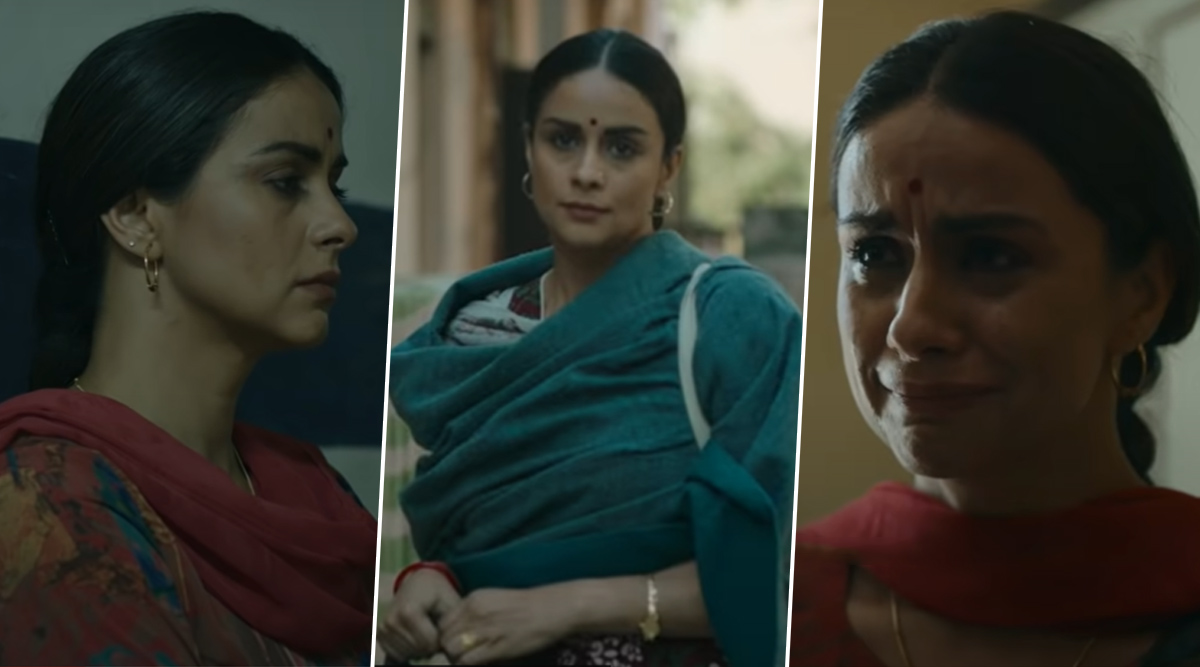 By now, the obvious hype of Amazon Prime series, Paatal Lok is known to everyone who is glued to the internet. The Anushka Sharma backed series, written by Sudip Sharma, directed by Avinash Arun-Prosit Roy has gained appreciation from the fans as well critics. Lead character of a cop 'Hathiram Chaudhary' played by Jaideep Ahlawat is already a star! Well, such was his performance indeed. But here, we are going to talk about the character that is not much talked about- Mrs Hathiram Chaudhary aka Renu Chaudhary. Gul Panag stepped in to play this less-dramatic role of cop's wife, a homemaker. Paatal Lok Review: Anushka Sharma’s Amazon Prime Series Is Powerful, Absorbing and Disturbing Boosted by Jaideep Ahlawat’s Knockout Act.

Portraying a character of a homemaker which was previously naively termed as 'housewife' has changed so much over the years. However, in the recent past, there has been a substantial change in showing what actually a woman does at home while her husband is off for 'work.' Through films, we get to see different shades of a woman who takes care of the family. Submissive ones, bold ones, learnt-my-lesson ones- we have seen them all. Then what is it that makes Gul's 'Renu' a special one?

It does not fit into any particular category and that exactly is what the USP of the character. Everytime Gul enters the scene, there comes a life into the otherwise bland family scene. Probably, that is the way how makers wanted to subtly tell us that she is the shining light of the family.

Renu, who finds pride in her husband's inspector post, also aches for his promotion. She loves him but says no to physical intimacy when needed. She knows that her son needs some extra adoration from her because her husband is still fighting with his own inner demons. She puts up with the fact that her husband thinks that she is the only one who is supposed to teach her son 'some values.' She is someone who probably secretly wishes to be in that group of 'elite English-speaking' wives for she does not leave a chance to drop English words like 'brother' and 'sister' deliberately while speaking. 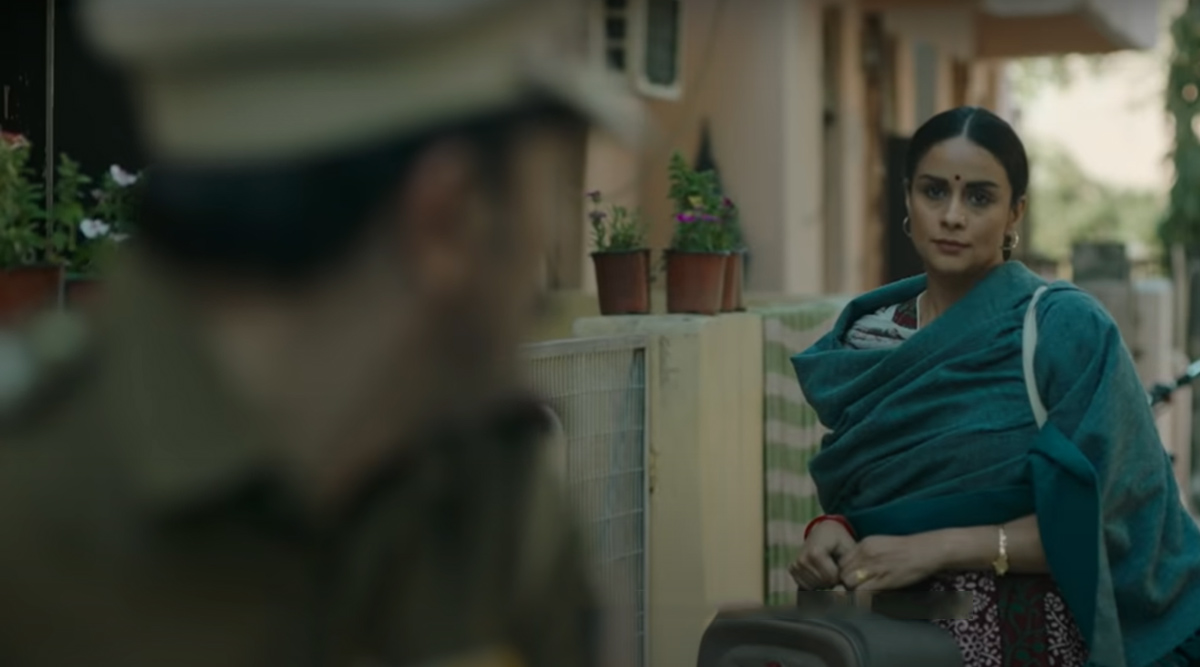 Given to all this, she is a strong woman in her own way. In one scene, a drunk Hathiram slaps her during an argument with their son. After he returns home, she meets him at the door and slaps him back, infront of his colleague, son. No words spoken. She stops talking to him for a while, schools him and her unemployed brother and goes back to being the loving wife that she was.

Now, till recently, we were overwhelmed with Taapsee Pannu's homemaker role 'Amrita' in Thappad. 'Bas ek thappad, nahi maar sakta" sounded so perfect and is still a correct, justified stand when her husband slaps her for the first and the last time. She files for a divorce, leaving us inspired to take a stand for ourselves. 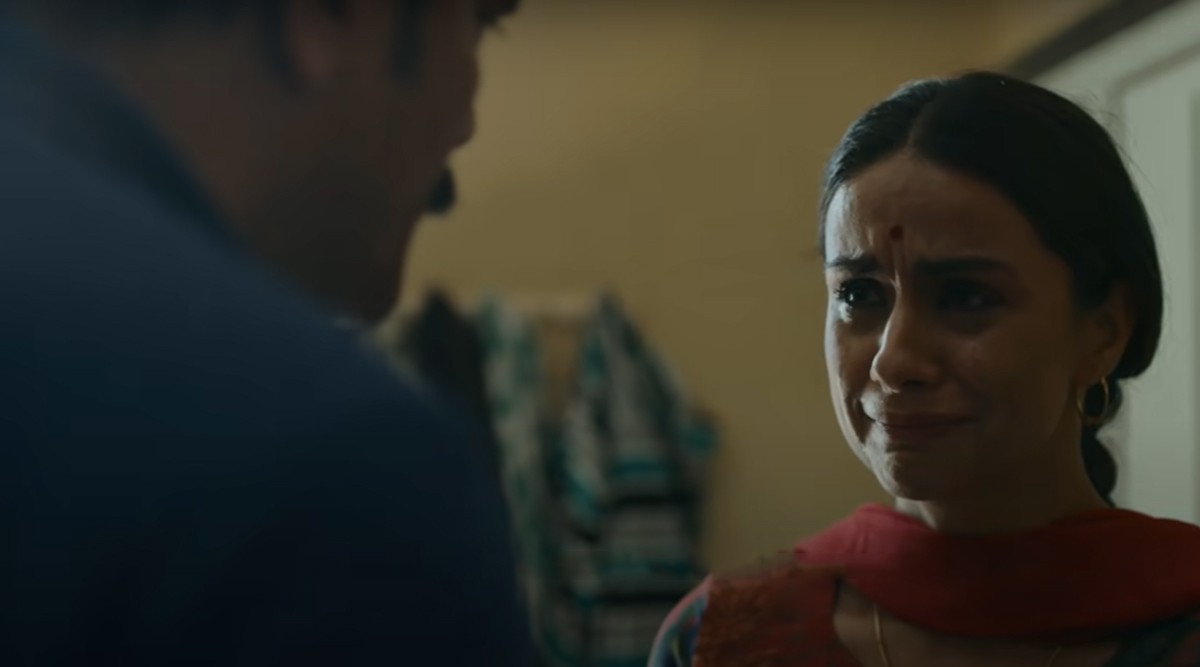 But Renu did the exact opposite. She gave him the taste of his own medicine and went back to loving him. This could totally have us against her as an audience for we know that it is never acceptable. But how many of them are really in a position, mindset or even opinion of filing a divorce? Renu's prompt action and her simultaneous love was well-portrayed as that was a thin line that could go wrong. At no point we feel that she is a naive wife and neither is she that daring woman who would storm off with her son. She in fact turned out to be a strong pillar of the family that was ready to get destroyed like a house of cards. 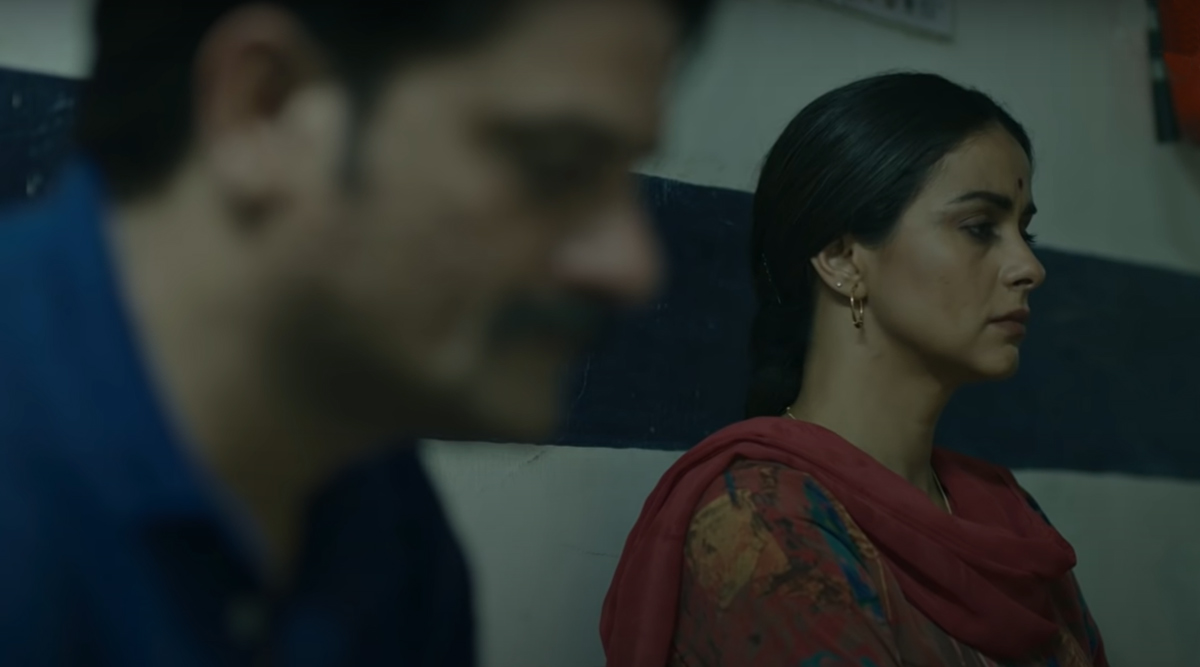 Gul Panag as an actress actually did strike a perfect balance to show that. It could have gone against her or against Jaideep's 'hero' character. But she represented that chunk of valiant women with utmost honesty and conviction. We can only imagine how difficult it is to play such parts convincingly, leaving aside your opinions and judgement of them.

While I have seen many similar characters before, this one really impressed me for the subtle complexity of it that goes unnoticed. And Gul as usual, is brilliant. After all, it is Mrs Renu Hathiram Chaudhary who turns Hathiram Chaudhary's 'Paatal Lok' into  'Swarg Lok.'