The Vijay Mallya Story: Web Show on the Fugitive Tycoon's Life to Be Made Based on K Giri Prakash's Book 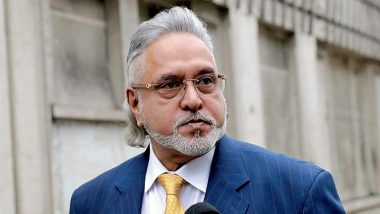 The book published by Penguin India traces the journey of the flamboyant, fugitive, entrepreneur Vijay Mallya and it chronicles his journey right from his birth until he left for the UK.nThe book is a roller coaster ride of Mallya's triumphs and travails. His acquisitions, marriages and launches.nThe script for 'The Vijay Mallya Story' is in its final stages and a prominent Bollywood actor has been roped in, to essay the role of the industrialist. Delhi Crime, Brooklyn Nine-Nine, Mardaani 2, Narcos Are Part Of Maharashtra Cyber Police’s Top 10 Web Risks For Movies And TV Shows

The shooting of the mega-series is slotted to start next month. Almighty Motion Pictures announced its arrival at the entertainment horizon with their maiden Web Series 'Mastram' on MX Player.