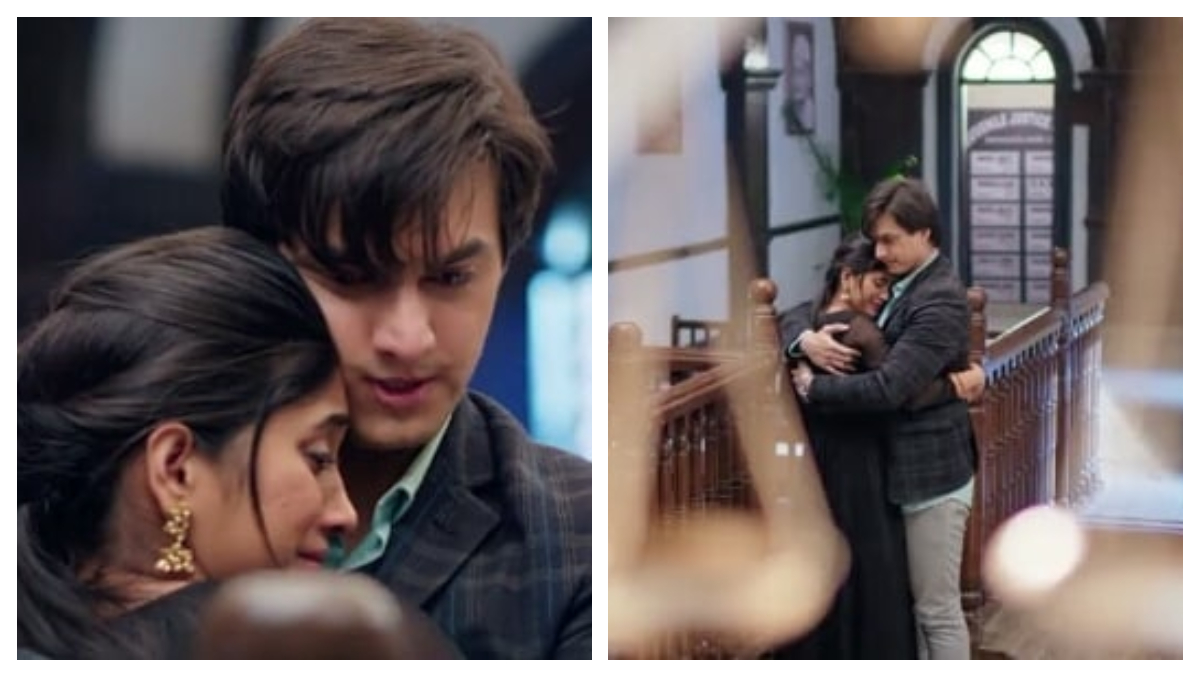 In the last episode of Yeh Rishta Kya Kehlata Hai, Naira is cheated as Jhaberi misleads the court by shooting a sharp accusation against Trisha. Later, the judge announces his verdict. In tonight’s episode, we see Naira (Shivangi Joshi) getting angry at Javeri and says she will not leave him for betraying her. Javeri says to her that for threatening him he can drag her to the court. Naira gets angry at him. Trisha and Naksh ask Naira to calm down. Naira cries inside the court and dreams of Goenka’s taunting at her. Kartik watches them from far. Yeh Rishta Kya Kehlata Hai February 20, 2020 Written Update Full Episode: Naira Suspects Trisha’s Molestation Case Lawyer and Feels Jhaveri is Up To Something.

Kartik (Mohsin Khan) comes to Naira and says he will support her. He tells her that because of these their Kairav is learning the wrong things. Naira asks him what Kairav did. Kartik tells her that Kairav hit house helper and when he says he will give her the punishment than he replies even if he will call the police and Manish will not let him happen anything as they are powerful. Naira gets surprised hearing Kartik. Kartik says he failed as he himself has set a wrong example for Kairav. Yeh Rishta Kya Kehlata Hai February 18, 2020 Written Update Full Episode: Contrary to Kartik’s Belief, Luv and Kush Threaten Trisha Again.

Naira cries and thinks what if one-day Kairav will do the same as Luv and Kush. Kartik asks Naira to fight back and says he will support her. On the other side, Luv and Kush reach home at the beat of the dhol. Kairav and Vansh dance with Luv and Kush. Manish and Suhasini get upset seeing Luv and Kush dancing. Javeri reveals he called dhol for Luv and Kush.

Kartik tells to Naksh, Naira, and Trisha that first of all, they will fight with Javeri for betraying them. Meanwhile, Javeri tells Manish that he has done all this for making their image in front of the media. Manish tells Javeri to concentrate on the case. Ahead, Naira and Kartik paint Luv and Kush cheeks with black colour. Goenka’s stands shocked.

Kartik announces and says he will fight against Luv and Kush now. Inspector enters and Luv and Kush get scared. Kaira reveals that inspector is here for Javeri because he is not fighting for Luv and Kush but protecting his son Abhishek Javeri who is also involved in this case.

In the precap, Manish throws Kartik out from the house.