The new vacancy list will release today, July 27 and the students will get a chance to edit their choices till July 28, 6:00 pm. 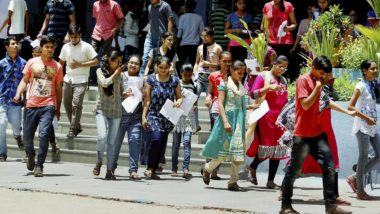 Following the order of Nagpur bench of Bombay High Court, the School Education Department will now announce the third cut-off list for First Year Junior College (FYJC) admissions on July 31. The department released the revised dates of vacancy list. Adding much to their distress, the students will now have to wait for some more time before they begin their new session. The decision has also put the colleges in stress as they might have to arrange extra classes to finish the syllabus on time. Mostly, the vacant minority seats will be left out of the centralised admission process (CAP) this year.

The decision to delay the admission process came after the High Court’s directive allowed minority junior colleges to surrender vacant in-house quota seats for CAP rounds. According to the revised schedule, the third cut-off and merit list will be announced on July 31. The new vacancy list will release today, July 27 and the students will get a chance to edit their choices till July 28, 6:00 pm.

The Deputy Secretary of School Education Department told the Indian Express, “With this judgment the seat count will increase and allotment has to be done on merit. So, we will first open the link for minority colleges to surrender their in-house quota seats and then release the vacancies. After that we will allow candidates to change their preferences again.”

To our recent memory, this would be the third time that the candidates will fill out their preferences. Currently, around 1 lakh students are available for over 1.43 lakh aspirants for the third round of allotment, and it is exclusive of 80,000 minority and management quota seats in minority colleges. The FYJC cut-off list of the third round will be displayed on August 3, and a few days later, on August 7 the fourth merit list will be out.

(The above story first appeared on LatestLY on Jul 27, 2018 12:29 PM IST. For more news and updates on politics, world, sports, entertainment and lifestyle, log on to our website latestly.com).