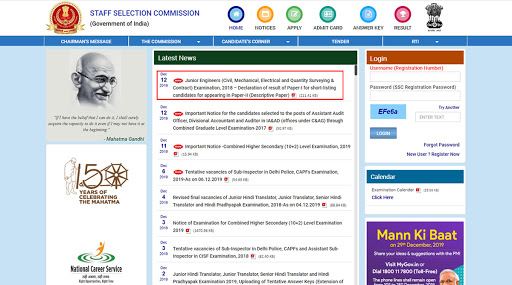 The Staff Selection Commission on Thursday released the much-awaited SSC JE result on the official portal. The results were announced for successful candidates who appeared for the Junior Engineers (Civil, Mechanical, Electrical and Quantity Surveying & Contract) Examination, 2018 (Paper-1). The successful candidates will now compete for the next stage of examination or SSC JE paper 2 (Descriptive Paper), that would be conducted on December 29, 2019.

According to the information released by SSC, a total number of 3,77,133 candidates appeared in this Examination, which was conducted from September 23 to September 27 in multiple shifts. The SSC JE result and SSC JE cut-off details have been released at its official site ssc.nic.in. SSC CGL 2019 Begins Application Process at ssc.nic.in; How to Apply and Exam Details

Apart from the results, SSC has also released JE cut-off details for Paper 2. 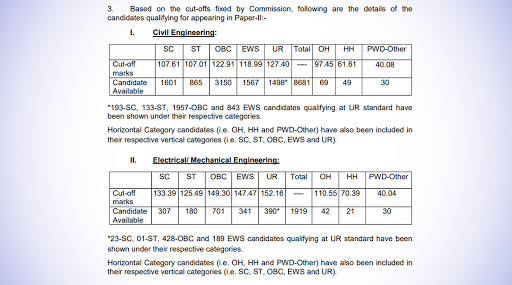