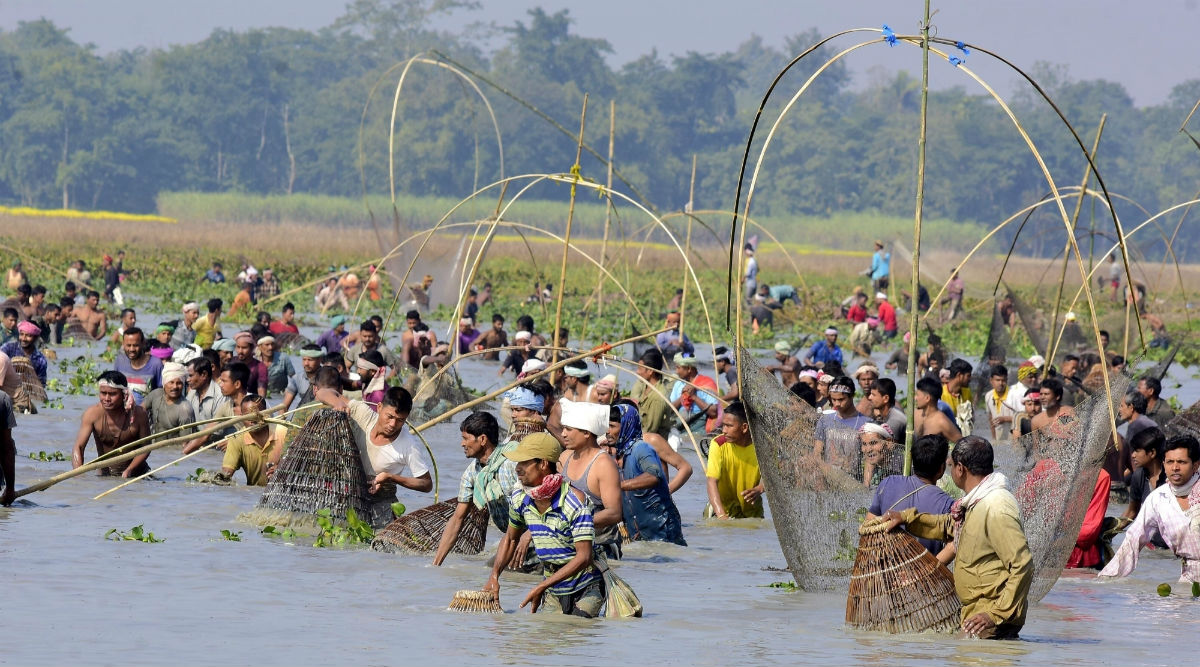 Guwahati, February 18: In Assam, 1951 can be treated as the cut-off year for determining indigenous people of the state. A committee, appointed by the Ministry of Home Affairs (MHA), has proposed 1951 as the cut-off year, it is learnt. The committee has also proposed reservation of 67 percent of seats in the Assam state assembly for indigenous people. It will soon submit a report to Union Home Minister Amit Shah.

The committee is likely to recommend that those were residents of Assam in 1951 and their descendants, irrespective of community, caste, language, religion or heritage, should be treated as indigenous people of the state, Times of India reported. The committee may also recommend the introduction of the Inner Line Permit system (ILP) in Assam. An Inner Line Permit is an official travel document required by Indian citizens to visit or stay in states and regions where it is applicable. Manipur to be Exempted Via Inner Line Permit, Says Amit Shah; Here's How ILP Will Offset CAB Impact.

Indian citizens who do not belong to these regions need to have the document to visit or stay in regions placed under the ILP system, which aims to protect the interests of the indigenous tribal communities of the Northeast. The introduction of ILP can allay apprehensions regarding implications of the Citizenship Amendment Act or CAA that gives Indian citizenship to six communities fleeing religious persecution in Pakistan, Bangladesh and Afghanistan. Why Citizenship Amendment Act+NRC Raise Fear And Concerns: A Multi-Dimensional Take.

The CAA states and regions under the Inner Line Permit system, and those granted autonomous administration under the Sixth Schedule of the Constitution will be out of the purview of the proposed legislation. All members of the committee, except three, have also suggested that 67 percent of seats in the Assam state assembly should be reserved for indigenous people. Of remaining 33 percent seats, 16 percent should be reserved for the Scheduled Caste and Scheduled Tribe communities.

"So, effectively, the reservation will go up to 80% if it is accepted," a PTI report quoted a source as saying. The committee also suggested that 80 percent of government jobs should go to locals. The committee was formed to suggest ways to implement Clause 6 of the Assam Accord that envisages constitutional, legislative and administrative safeguards to protect, preserve and promote cultural, social, linguistic identity and heritage of the Assamese people.