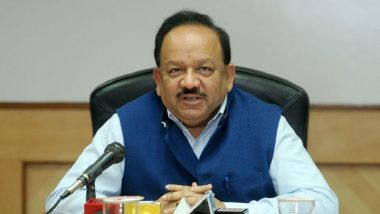 Informing more about the action, Union Health Minister Dr Harsh Vardhan said, as quoted by Times of India, "We will not tolerate anything that will hamper the integrity of the scheme. NHA is currently building PMJAY 2.0, the new and upgraded IT ecosystem that will be comparable to the best, anywhere in the world." Fake Ayushman Bharat Website Links Floating on WhatsApp & Social Media! Official Portal of PM Modi's Healthcare Scheme is abnhpm.gov.in

Stating more, Dr Vardhan mentioned that the National Health Authority (NHA) had confirmed nearly 1,200 fraudulent cases and took action against 338 hospitals under the scheme so far. Apart from this, FIR against six hospitals has been lodged, while penalties of over Rs 1.5 crore have been levied. Reports state that more than 47 lakh hospital treatments worth over Rs 7,500 crore have been carried out in one year under this scheme.

(The above story first appeared on LatestLY on Oct 01, 2019 09:22 AM IST. For more news and updates on politics, world, sports, entertainment and lifestyle, log on to our website latestly.com).