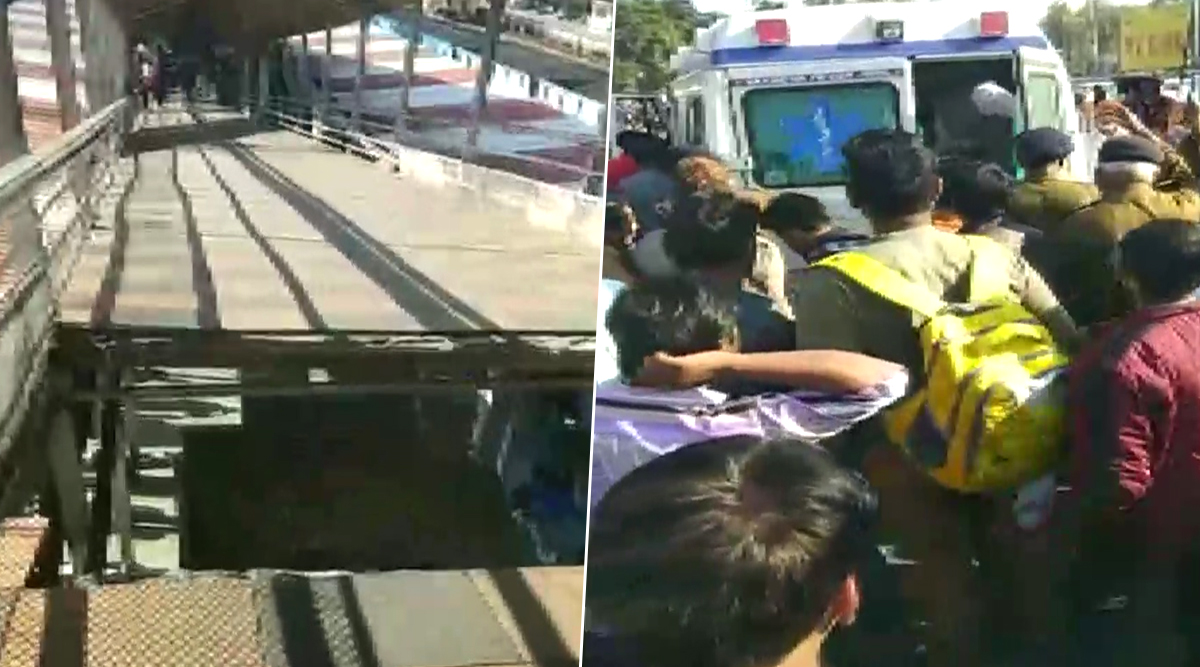 Bhopal, February 13: Several people got injured following the collapse of a portion of a foot-over bridge at Bhopal railway station on Thursday morning."A small portion of the slab of the foot over bridge collapsed. 7-8 people were injured. There have been no grievous injuries, there is no casualty either. We will investigate the matter and action will be taken against the people responsible for it," IA Siddiqui, Railway Public Relation Officer (PRO) of the West Central Railways (WCR) told reporters.

At least seven passengers have been reported injured. One woman, including few others, has been admitted at Hamidia Hospital while others have been sent to Railway Hospital Bhopal. Meanwhile, the Kamal Nath led state government has announced the monetary compensation for people who got injured due to the incident. Bhopal Bridge Collapse: Six Injured After Foot-Over Bridge Collapses at Railway Station.

"Public Relation Minister, PC Sharma reached the Bhopal Railway station. As per the direction of Madhya Pradesh Chief Minister Kamal Nath, Sharma announced the grant of 50-50 thousand rupees to the seriously injured passengers and ordered a magisterial inquiry into the incident," Official Handle of the Department of Public Relations, Government of Madhya Pradesh announced on Twitter. Divisional Railway Manager (DRM) and other senior Railway officers have reached the site to examine the situation. Further information is awaited.