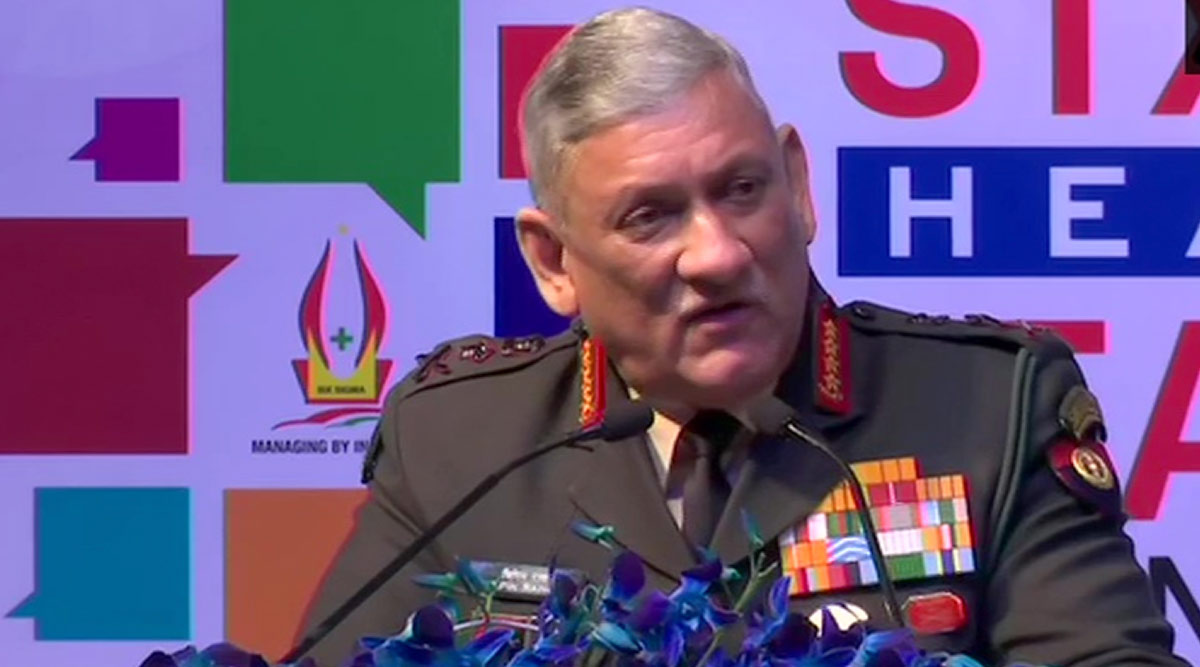 New Delhi, January 16: Describing radicalisation among youth as a major challenge, Chief of Defence Staff (CDS) General Bipin Rawat on Thursday said  India has "de-radicalisation camps" to cure the menace. Citing instances from Kashmir Valley, General Rawat said he is witness to cases where radicalised persons have been brought back into the mainstream. 'Terrorism Will Not End As Long As There Are States to Fund It'

Rawat's remarks came while speaking at the Raisina Dialogue 2020, a forum used by India to air its views on geopolitical issues before world leaders. Speaking at the event currently underway in New Delhi, the CDS said radicalisation is not an issue which is incurable.

To counter radicalisation, Rawat added, the administration needs to identify the source from where the youth are being drawn to radicalism and extremism. The source could be schools, universities, centres of learning or religious sites, he said.

The CDS claimed that a similar strategy is also being used by Pakistan to draw away the youth who have been hit by their "own propaganda". Camps are being operated by the Pakistani side to de-radicalise the youth who are drawn towards domestic terrorism, Rawat added.

Rawat, in his address, asserted that the situation in Jammu & Kashmir is inching towards normalcy in the past few months -- after the abrogation of Article 370. The forces are rarely using pellet guns to counter mobs or protesters, he said.