CPI to Launch 'Save Constitution, Save Democracy' Campaign From January 26 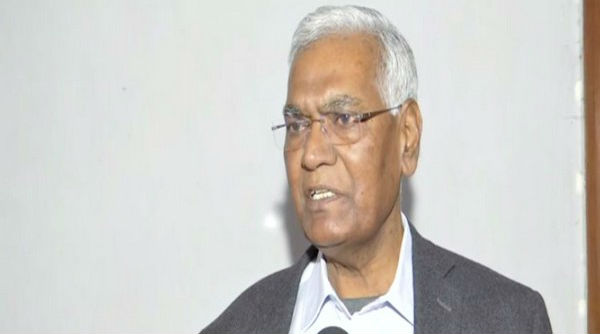 New Delhi, January 13: Communist Party of India General Secretary D Raja on Sunday announced that his party will launch a countrywide campaign 'Save Constitution, Save Democracy' to protest against several issues confronting the nation.

"Our party has decided for a week-long campaign starting from January 26 to 30 Jan to mobilise people and re-pledge ourselves to the Constitution by reading out the preamble of the constitution," CPI General Secretary told ANI. Opposition Meet on CAA: Shiv Sena, DMK Join Trinamool Congress and BSP in Skipping Sonia Gandhi-Convened Meeting.

Stating that the CPI would intensify agitation against CAA (Citizenship (Amendment) Act) and NRC (National Register of Citizens), party national general secretary D Raja told ANI, "Our party has decided for a week-long campaign 'Save Constitution, Save Democracy and Save India."

Speaking on the ongoing demonstrations against CAA and NRC across India, he said: "There is broad consensus to have such a meeting to take stock of the current situation, ongoing agitation and several issues which are confronting the nation.

"He further said, "Staring from 26 January we will continue to have campaign throughout the country and 30 Jan --the martyrdom of Mahatma Gandhi-- we will again call upon people to express their commitment to the constitution and to oppose attempts being made to undermine it."