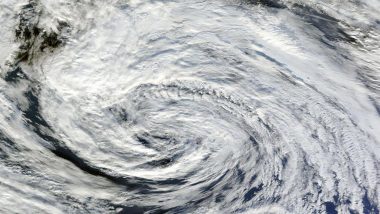 India Meteorological Department ( IMD) warned about a low pressure area over Arabian Sea that is likely to intensify into a Cyclonic Storm and is expected to hit parts of Gujarat, Maharashtra, Gujarat and Daman and Diu. Nisarga Cyclone: Fishermen Return from Sea in Mumbai as Authorities Caution Not to Venture Into Sea, View Pics.

Home Minister Amit Shah held a high level review meeting with officials of IMD, NDMA, NDRF, and Indian Coast Guard on preparedness for dealing with the brewing Cyclone on June 1. He held a video conference meeting with Chief Ministers of Gujarat, Maharashtra and administrator of Daman and Diu and assured Centre’s help in view of the impending Cyclone.

Report stated that the storm is very likely to intensify into a Cyclonic storm during next 12 hrs and further into a Severe Cyclonic storm in the subsequent 12 hrs.

(The above story first appeared on LatestLY on Jun 02, 2020 03:28 PM IST. For more news and updates on politics, world, sports, entertainment and lifestyle, log on to our website latestly.com).