Delhi Fire: Another Blaze in Same Building in Anaj Mandi Where 43 People Died on Sunday, Fire Tenders Rushed to Spot 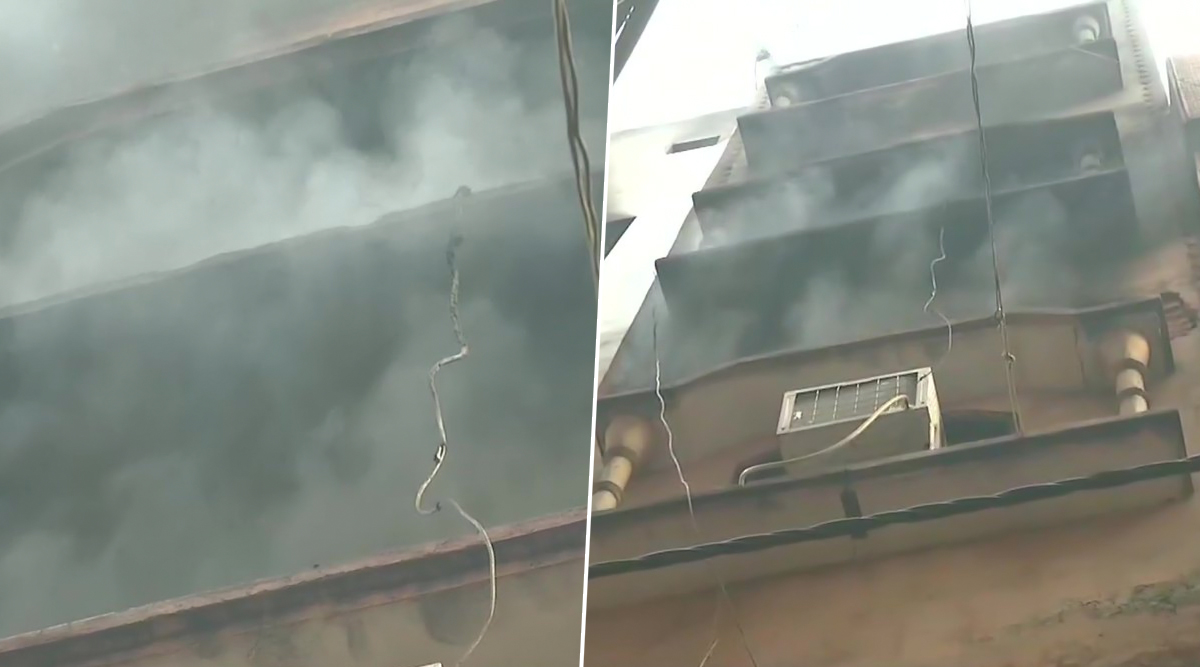 New Delhi, December 9: Another fire broke out in the same building in Anaj Mandi, Rani Jhansi Road where 43 people had died in a fire incident on Sunday. According to a tweet by ANI, four fire tenders have been rushed to the spot.  No casualties have been reported so far. Hours after a massive fire swept the Anaj market on Sunday, the Delhi Police had arrested Rehan, the owner of the building, in which the fire broke out. A total of 43 people died and many sustained injuries in the massive blaze in the factory. A case has been registered under Section 304 (punishment for culpable homicide not amounting to murder) of the Indian Penal Code against building owner Rehan, who absconded after the fire broke out. Delhi Fire: 43 Dead After Massive Blaze Engulfs Anaj Mandi Building.

According to reports 34 dead were confirmed by the Lok Nayak Hospital and 9 by the Lady Hardinge Hospital. Soon after receiving the report, 30  fire tenders were rushed to the spot to douse the fire and to carry out rescue operations. Delhi Chief Minister Arvind Kejriwal announced a compensation of Rs 10 lakh to families of those who lost their lives in the tragic incident. Meanwhile, additional assistance of Rs 1 lakh has also been announced to those injured. Delhi Fire Tragedy: Anaj Mandi Building Owner Rehan, Manager Arrested by Police After Blaze Kills 43.

Delhi: A fire has broken out in the same building in Anaj Mandi, Rani Jhansi Road where 43 people had died in a fire incident yesterday. Four fire tenders have been rushed to the spot. pic.twitter.com/f1heEaQ7dU

In the wake of the tragic incident, the Delhi government had also ordered a magisterial inquiry into the incident and sought a report within seven days. Reports inform that the city government said that the Delhi Fire Service made it "clear that the factory had no fire clearance and NoC to operate and it was illegal".