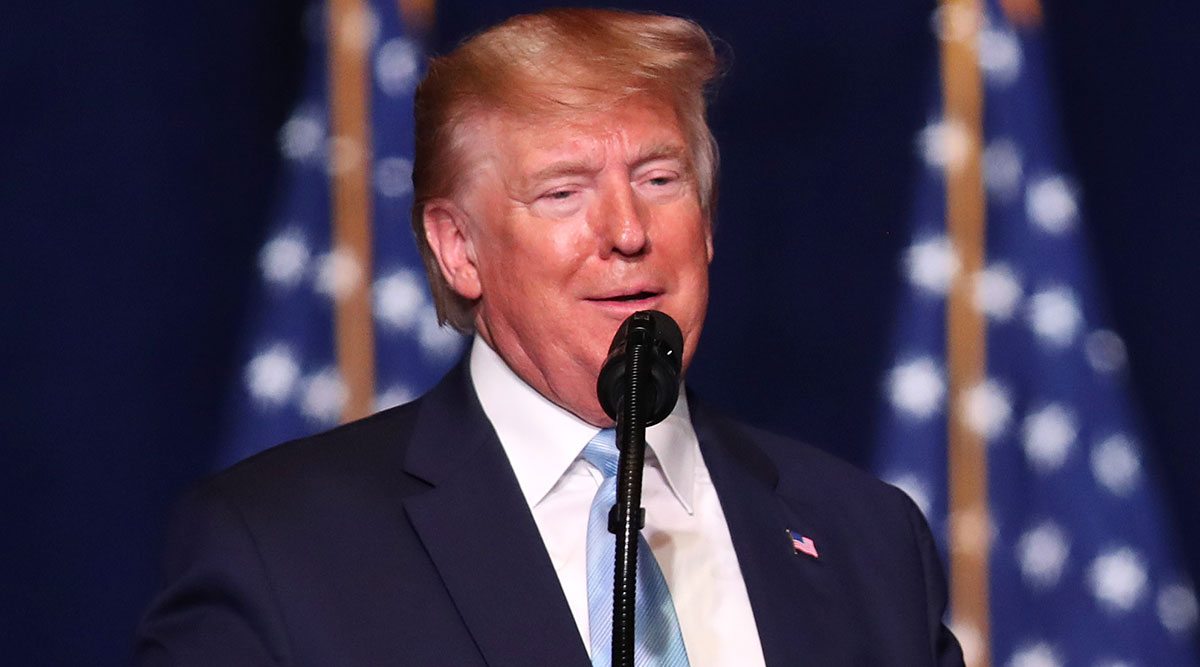 Ahmedabad, February 22: Ahead of US President Donald Trump's visit, sky patrolling was conducted over Motera Stadium and nearby areas in Ahmedabad on Saturday.

The 'Namaste Trump' event is scheduled to be held at Motera Stadium on February 24. Final preparations are being done in Ahmedabad and Agra. Beautification has been done in areas where President Trump is scheduled to visit.Security has been tightened in these cities ahead of the high profile visit. Donald Trump India Visit: PM Narendra Modi and US President to Hold Key Talks on Trade and Defence on February 25.

Hoardings and banners have been placed at prominent places in these cities welcoming the US President. Trump, along with his family, is scheduled to visit India from 24 to 25 February.