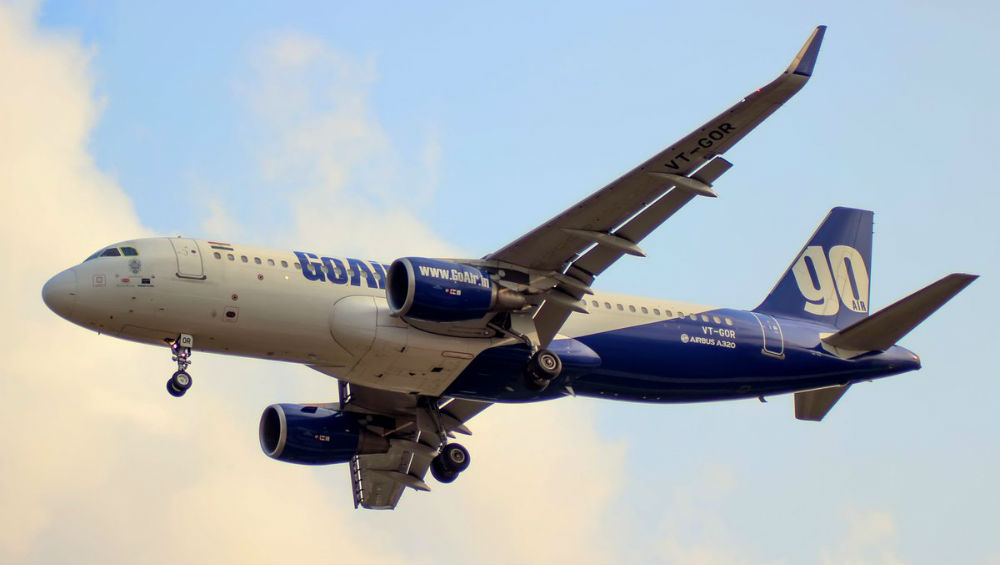 Bengaluru, February 18: The right engine of the GoAir Ahmedabad to Bengaluru flight suspected to have suffered damage from a foreign object while on the take-off roll. According to an ANI tweet, the suspected FOD resulted in a small fire which has been doused. All passengers and crew are reported to be safe. In the light of the incident, GoAir issued a statement saying, 'all passengers have been deplaned safely'.

An alternate aircraft was arranged to accommodate the passengers. The revised departure from Ahmedabad is 1:30 pm. The airline further informed that in view of the incident, all the passengers were being provided with assistance and refreshments.

In another incident at Mumbai Airport, on Sunday night, a SpiceJet loader was injured and the right side engine of Boeing 737 aircraft was damaged as it was hit by a speeding tug driver. There was no passenger or crew on board. The loader reportedly suffered a minor injury and was provided immediate medical assistance. Mumbai Airport: SpiceJet Loader Injured, Boeing 737 Aircraft Damaged After Speeding Tug Driver Hits Cargo Loading Belt

GoAir: The right engine of GoAir Ahmedabad to Bengaluru flight suspected to have suffered from a foreign object damage while on take-off roll. The suspected FOD resulted in a small fire which has been doused. All passengers and crew are safe. (file pic) pic.twitter.com/gx4fnzrgJQ

GoAir’s Board of Directors recently approved the appointment of Vinay Dube as its Chief Executive Officer (CEO). He was previously associated with the grounded Jet Airways as its CEO.  The announcement comes a year after its former Chief Cornelis Vrieswijk left the company. He had been at the position for just nine months.